Palestinian Artist Sammy Shiblaq Shuts it Down with 300+13

With an undeniably insane flow and bars to match, Sammy Shiblaq hit the ground of 2022 running – with no plans of stopping soon. 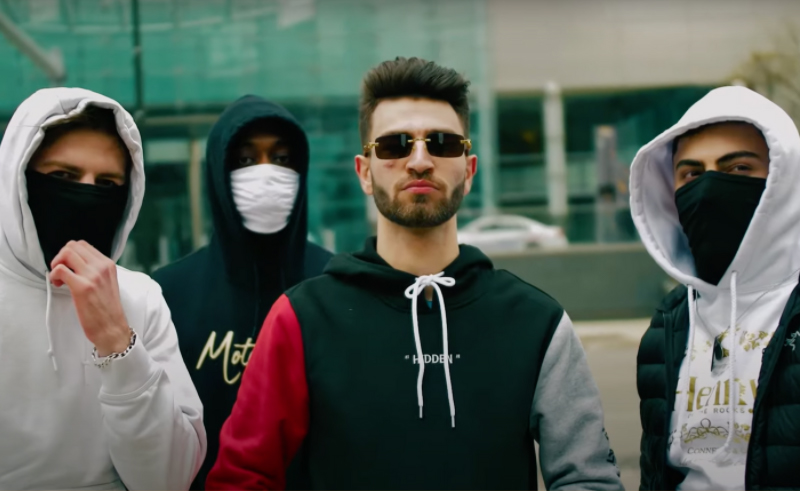 San Jose-based artist Sammy Shiblaq is a rapper who, like most, has high ambitions – with high stakes. Hailing originally from Palestine and growing up in Detroit, Michigan as a first-generation American, the young artist began rapping at the age of 13, steadily sharpening his pen and flow game through studying influences like J. Cole, Akon, Lupe Fiasco, A Boogie, 50 Cent, and Kendrick Lamar.

Since then, Shiblaq is now signed to record label EMPIRE, boasting an impressive catalogue amassing around 500,000 streams in total on Spotify alone. Not many up and coming artists can say they already have two projects under their belts and a string of successful singles. Especially if they’re only 23 years old.

Despite this, Shiblaq remains hungry and eager to prove his status in the scene as the undisputable best. Listening to his most recent singles, it’s certainly difficult to compare Shiblaq to any other English-speaking Arab rap artist. His tone, vocal delivery, flow, and creativity regarding his beat selection are all top-tier and incredibly unique in their own right.

His latest single, 300+13, is no exception. What makes this single perhaps more impressive than his previous work, however, is the deviation from the trap and 808-heavy beats he usually spits on. 300+13 sees Shiblaq go way outside the box, rapping with sickening precision over nothing less than a two-step garage-inspired beat.

The artist comes in heavy from the jump, gearing listeners up for bar after braggadocious bar. “Sit the fuck down, all of that bullshit you speak getting shut down,” “Godfather shit bitch I’m the don/In the studio fasting like Ramadan”, “You ain’t with me then you the enemy/Any week I see you I keep the energy” are just a few bars displaying Shiblaq’s skill in rhyme and flow.

Watch the video for the full track below (we’ll give you $100 if you manage to hear it without pulling the stank face).