Diversifying his signature style, the Egyptian producer enters the recording booth to deliver a processed vocal performance on his latest release. 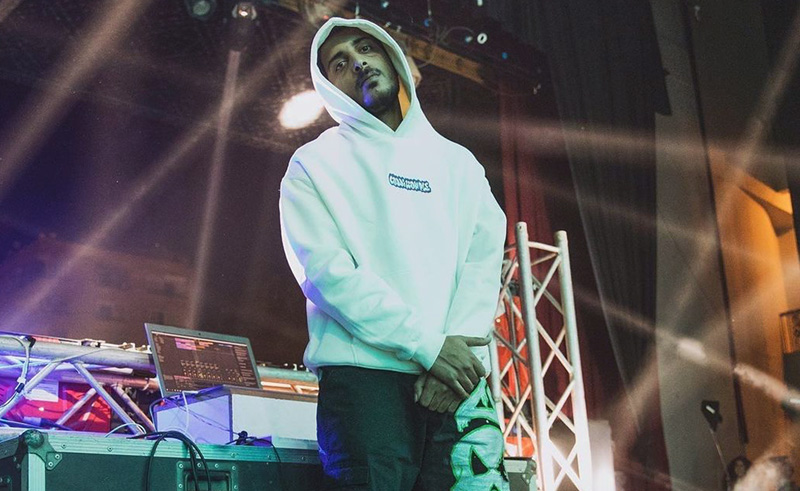 Trend-setting Egyptian producer El Waili has been on a journey of discovering and defining his signature style. Through his solo work, the producer has established a sound that fuses Shaabi elements such as Arabic rhythms with electronic sounds, lo-fi textures, and an unmistakable massive bass sound that drives the explosive drop sections of his tracks.

El Waili has approached his career with a collaborative spirit, as the producer frequently works with artists from around the region such as Moscow and Donia Wael from Egypt, and Cairo-based Jordanian artist Zaid Khaled.

Looking more inwardly, El Waili has been revisiting his solo work while trying to expand upon his signature sound. In his latest release, ‘Qadar’, we see the producer doing precisely that, as he experiments with live-recorded hand-claps, a more dynamic song structure, and by using his own vocals and lyrics he wrote, deployed through a vocoder effect.

‘Qadar’ starts with a pitch-bending synth pad that sounds warm and subdued. A melodic cowbell then enters on top of the pads playing a steady rhythm. Along with bright synth keys, a massive bass sound, and another, slower, pitch-bending pad, the track starts building anticipation. El Waili’s vocals fade gradually, revealing his processed voice and choppy flows going through a vocoder effect. As the drums kick in, the track takes full shape with El Waili singing about solar and lunar cycles, addressing themes of fate and destiny.

In the middle section of the track, we hear a stripped-down instrumental, with El Waili’s vocals singing on top of a subtle pad and a live-sounding hand-clap performance which adds a layer of intimacy to the electronic-leaning release. The energy of this section continues to rise until we are met with an all-out El Waili-style drop, with danceable drums and ground-shaking bass.

The track is accompanied by a visual animation provided by Mostafa Othman. The visuals reinforce the track’s themes of sun and moon, taking us through the cycles of night and day, with a rapid motion sequence taking place during the drop section.