In his recent music video release, Abyusif takes us on a cinematic journey through the track’s roller-coaster of emotions. 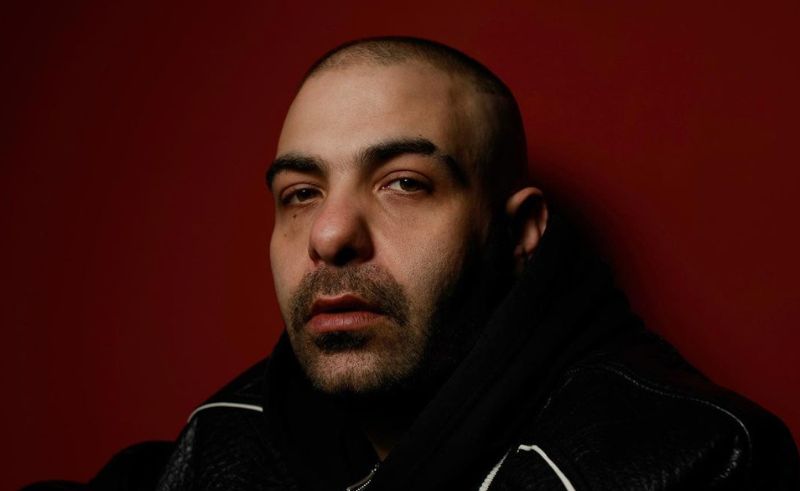 Following up his recent string of releases, iconic Egyptian rapper Abyusif delivers a cinematic music video for his latest track ‘Moqadema’. In recent months, the rapper has had a prolific output with tracks such as ‘Kan Fi Sora’’, Matbosesh 3al Sora Kteer’, and ‘OPPS’. But it seems as though the rapper is just getting started, as the title of his latest track translates to ‘Introduction’, implying that there are even more releases yet to come.

Abyusif’s confrontational rap style and lyricism have set him apart in the regional rap scene. Through the music and lyrics he’s written over the years, the artist’s ability to publicly explore his conflicts, turmoils, impulsive behaviours and other personal matters through his tracks has resonated deeply with a loyal fan base.

‘Moqadema’, produced by Lil Baba, starts out with a scattered soundscape, featuring resonant synthesisers, Foley recordings, and ominous sound effects. The eerie intro then transitions into a smooth hip-hop beat featuring a deep kick drum, washed out snaps, and a melancholic synth-key melody, as Abyusif comes to rap about a dysfunctional relationship in which he is accused of being toxic. The rapper then goes on to refute this by claiming that it is all in his partner’s head, as the beat smoothly switches into an old-school hip-hop inspired instrumental.

In this section, we are met with heavy drum sounds, inventive sampling techniques and a blown-out, heavily distorted bassline. Here, both Lil Baba and Abyusif flex their skills, as the rapper delivers rapid flows that he seamlessly transitions between, and the producer inserts multiple sample chops and tasteful transitions. Abyusif’s lyrics confront artists from the scene, calling out those who release singles from their body of work, without their albums ever seeing the light of day.

Ramping up in energy, the track gets even more aggressive as we are met with yet another beat switch, taking the instrumental into trap territory. This third section of the release features aggressive drum sounds, rapid-fire flows, and an electrifying instrumental, where Abyusif’s energy matches the chaos and intensity of the beat.

Director Hassan Khorshed does a praiseworthy job of visually representing the different moods and intensity levels of the different segments of the track. For the intro of the video, we are met with a worn-out Abyusif in a full suit walking through a neighbourhood late into the night. Abyusif struggles to find his balance as he walks clumsily in the residential area.

As the first act kicks off, Abyusif is presented in a red X-ray effect, performing to camera, all of which we see through a distorted visual filter.

When we enter into the second act,  we see a masked Abyusif delivering an energetic performance, with the video using negative colour grading, giving the rapper an ominous appearance as he calls out his peers. Intense flashing lights also add an element of uneasiness to this act. We also see the rapper in a kitchen, with a data-corruption-style visual effect pixelating the rapper’s appearance.

In the final act, Khorshed makes use of a red screen backdrop to match the aggression of the track. Meanwhile, the video cuts between footage of Abyusif performing in front of the screen, and clips of the rapper performing outside of a car with frequent collaborator Abo El Anwar and producer Lil Baba.