Run through the beautiful scenery of Allegria and SODIC West to raise awareness and funds to bring an end to cardiovascular disease among Egyptians. 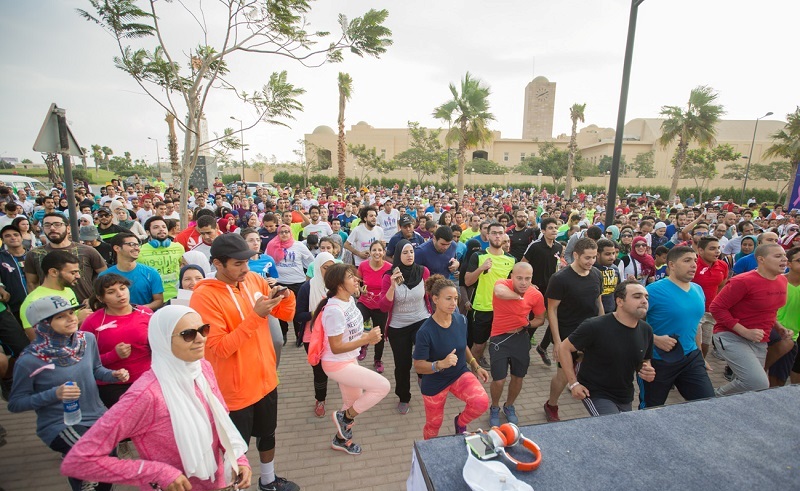 2014 has seen the birth of a unique collaboration between real estate giant SODIC and Cairo's pioneering running troupe Cairo Runners. In the name of good will, both joined forces and expertise to host the gargantuan success that is the SODIC Charity Run to give back to society.

In 2014, the widely popular run helped build and operate a school in one of Cairo's most impoverished areas, Ezbet Khairallah. One year later, the two powerhouses came together again for a 6 KM run to raise funds for the Baheya Foundation, to aid in the fight against breast cancer. A cause they decided to further support with a massive run with The Breast Cancer Foundation of Egypt in October 2016.

This year, SODIC is taking on cardiovascular disease. And to that end, they're collaborating with the Magdi Yacoub Heart Foundation to put together what is expected to be an extra special run on Friday November 10th.

Before the run, which will take place at SODIC's finest development to date, Sheikh Zayed's SODIC West, participants will be treated to a series of fun pre-run activities in the picturesque launching area across Westown Hub. The breathtaking scenery of Allegria and other SODIC neighborhoods will be the backdrop of the 6 KM route, before once again ending in Westown Hub, where a celebration will be in store for everyone to ease those sore muscles.

100% of the proceeds from the run will go to the Magdi Yacoub Heart Foundation to raise awareness and treat cardiovascular disease.