Winner of the Audience Award at Venice Film Festival’s Orizzonti Extra Section, 'Nezouh' follows a Syrian family on the verge of becoming refugees. 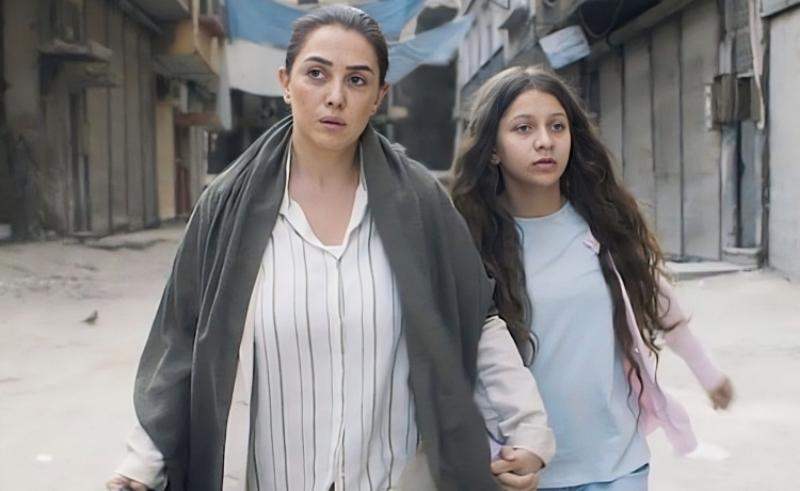 Syrian film ‘Nezouh’ starring Kinda Alloush and Samer Al Masri, and directed by Syrian filmmaker Soudade Kaadan, won the Audience Award at Venice Film Festival’s Orizzonti Extra Section, supported by Armani Beauty. This is Kaadan’s second win at the festival after 'The Day I Lost My Shadow' (2018), her first feature-length film and the winner of Best Debut Film.

The film stars the Cairo-based Syrian actress Alloush,  known for her roles in Egyptian and Syrian dramas. She was first introduced to Egyptian audiences in 2009 with her role in ‘Welad El A’am’ and has since starred in multiple films and series including ‘El Maslaha’ (2012), and ‘El Asliyyin (2017). She’s also part of the cast of ‘The Swimmers’ (2022) which debuted at Toronto Film Festival.

‘Nezouh’ is set in war-torn Damascus and tells the story of a Syrian family at a crossroads choosing between fleeing or clinging on to their home. The father, played by Samer Al Masri, refuses to become a refugee while his fourteen-year-old daughter yearns for freedom. The film is inspired by the filmmaker’s personal journey away from Damascus and the effect of the conflict on Syrian women’s social reality.