Situated on the coast of Saudi Arabia’s luxurious travel destination Amaala, the Triple Bay Yacht Club is setting sail towards the future with its solar-powered super structure. 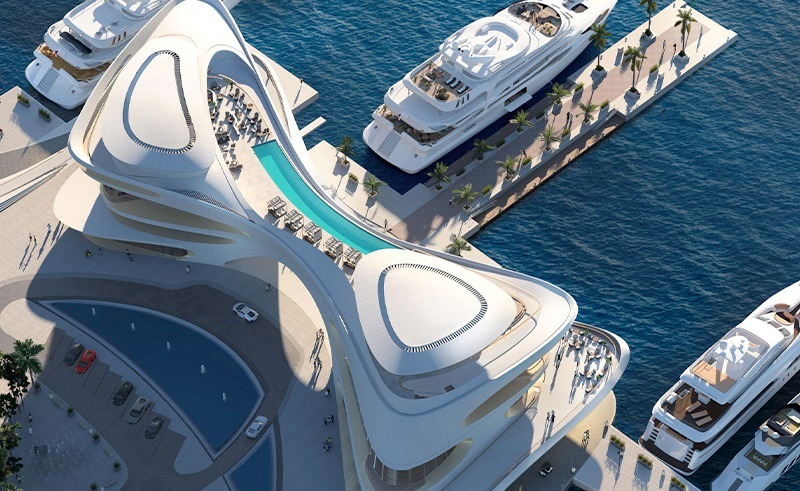 At first sight, the Triple Bay Yacht Club looks like some kind of port for starships you see on Star Trek or Star Wars, or really any sci-fi franchise with the word ‘star’ in the name, with great white curves that sweep across its architecture, eschewing colour for the purity of form. 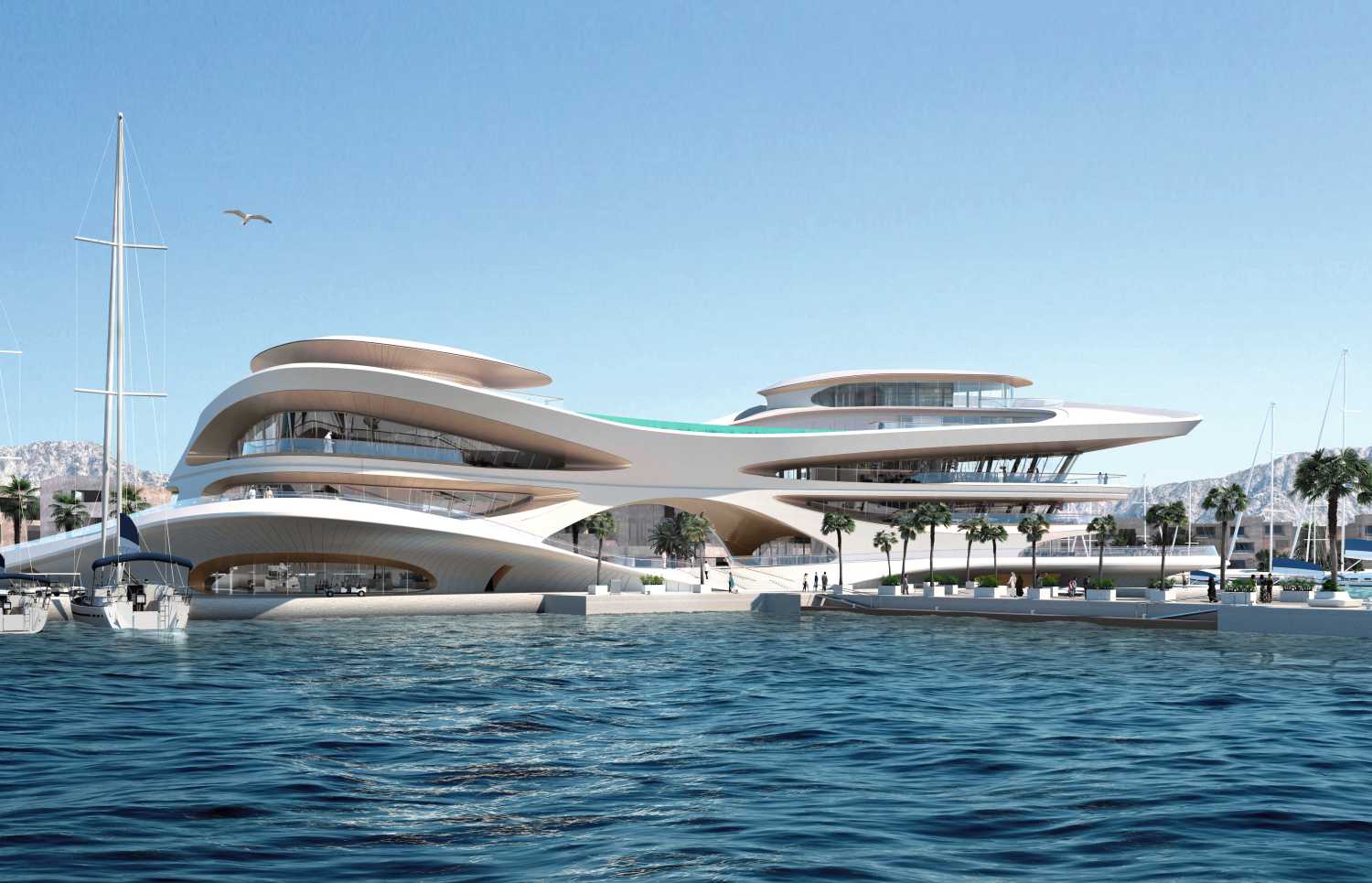 If it weren’t for the fact that it will be situated on the coast of Saudi Arabia’s luxurious travel destination Amaala, or more specifically within the Triple Bay Marina in the Prince Mohammed bin Salman Nature Reserve, you may not have been able to guess that it is in actuality a yacht club. But once you’ve internalised this as a part of your reality, you’ll understand that the Triple Bay Yacht Club is setting sail towards the future. 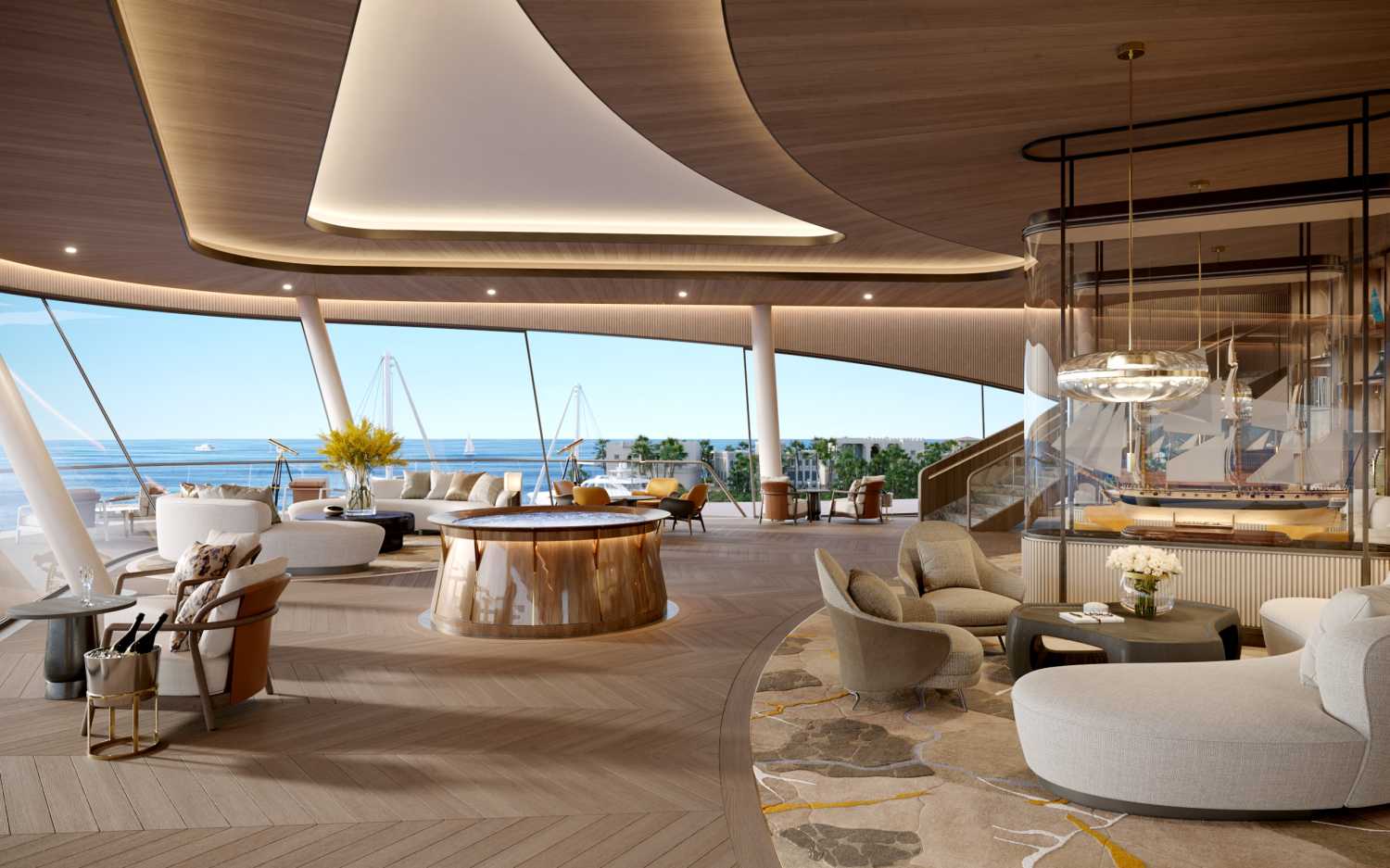 Behind the Triple Bay Yacht Club’s grandiose appearance is an environmentalist credos, which is why it’s powered entirely by solar energy. It’s also why it’s built out of locally sourced materials and shaped after rock formations that have naturally formed along the nearby coastlines. What we assume to be a design of cosmic influence is in fact tied closer to our own Earth than the angular blocks we’d normally refer to as ‘buildings’. 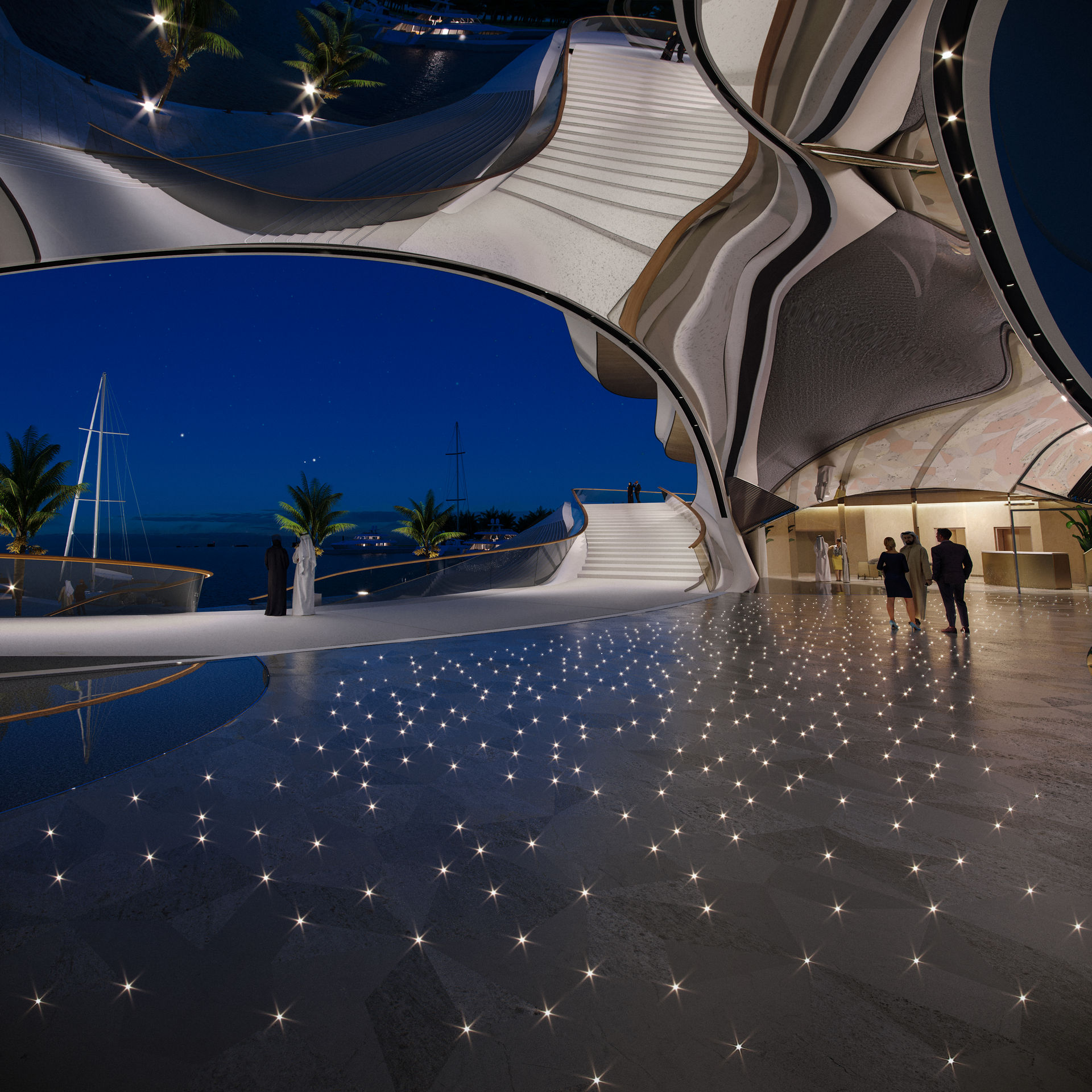 Whether they arrive by land or sea, guests will be met by LED lights across the four floors of the structure, mimicking the stars in the night sky and bringing us once more into the sensations of the celestial. Venturing further within, guests will have access to a slew of restaurants and lounges, all overlooking 120 deepwater superyacht berths in its Red Sea marina. 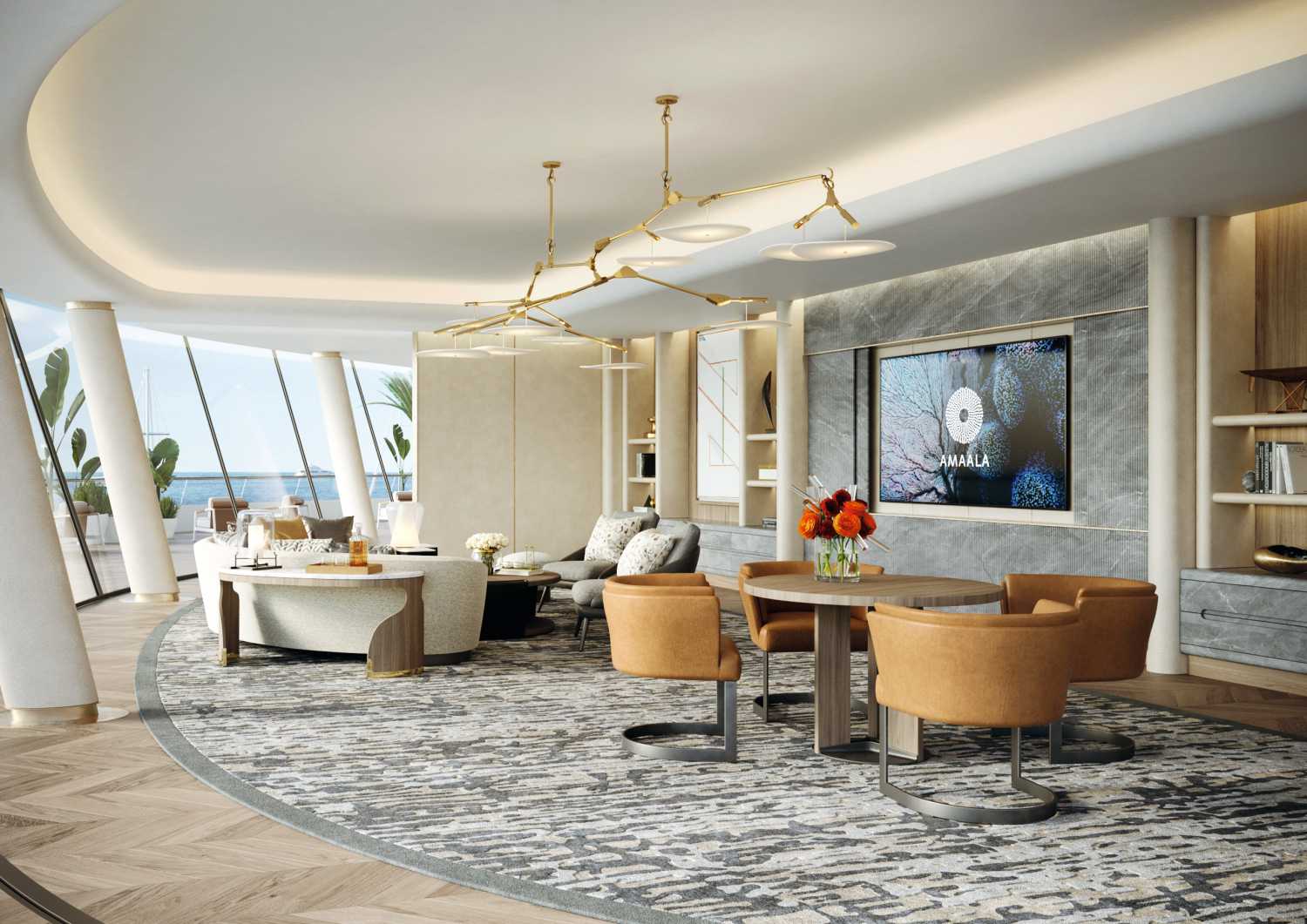 Scheduled to host its first guests in 2024, Amaala’s Triple Bay area will consist of eight resorts with 1,300 rooms in total, spread out across three bays. It, alongside the rest of Amaala, represents Saudi Arabia’s deep dive into luxury hospitality.