World Cup ticket holders can now get a free visa in order to do Umrah, an Islamic pilgrimage, during the tournament. 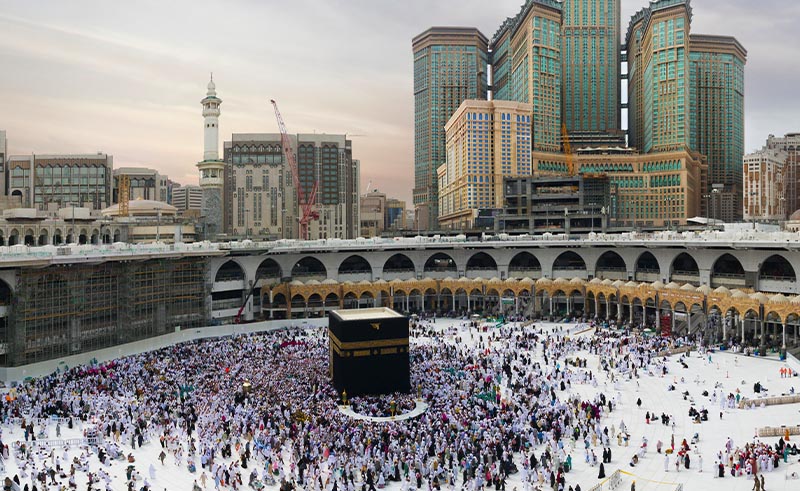 If you’ve been keeping up with news about the FIFA World Cup in Qatar, then you have heard all about the Hayya Card, a form of ID that fans will need in order to enter the football stadium and watch any of the actual matches.

Over the past few days, a slew of benefits have been unveiled about these cards, including the ability to bring three non-Hayya Card holders with you as guests to experience Qatar without attending the matches, as well as a free visa with which to enter Saudi Arabia, courtesy of the kingdom’s Ministry of Foreign Affairs.

Now, Saudi Arabia’s Ministry of Foreign Affairs has unveiled yet another bonus for Muslim holders of the Hayya Card: eligibility for a free Umrah visa, allowing visitors to enter Mecca and perform Umrah, an Islamic pilgrimage. The Umrah visa will be valid 10 days before the start of the FIFA World Cup on November 11th, until the final day of the tournament on December 18th.

The visa is multiple-entry, so you can enter and exit Saudi Arabia at any time. On top of that, you won’t need to enter the kingdom through Qatar, as the visa will be valid from any country.