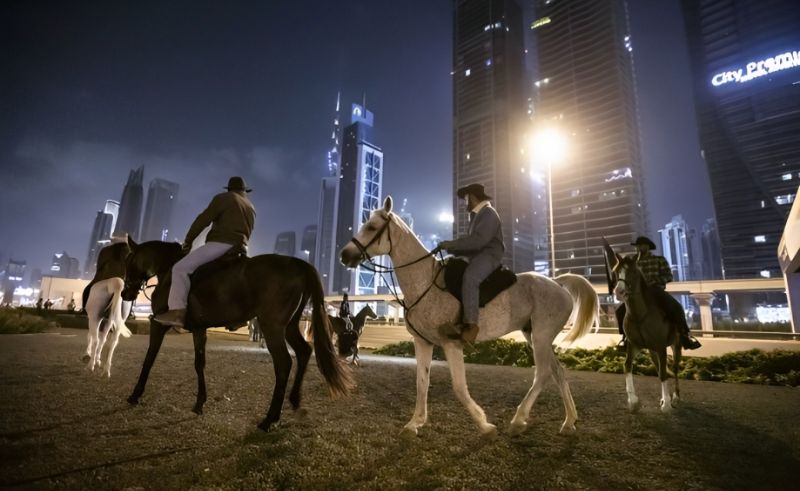 Dubai’s usually busy Sheikh Zayed Road was suddenly deserted when a rowdy ‘Hee-Haw!’ echoed through the street. You could practically hear the pan flute-infused soundtrack take over your mind as cowboys cinematically broke onto the road in waves. As it turned out, the cowboys were riding through Dubai to celebrate the season 5 premiere of Paramount Network’s hit series ‘Yellowstone’ on OSN+!

Some of Dubai’s most incredible landmarks served as a backdrop for the cowboys as they galloped down Sheikh Zayed Road, bringing the old country vibes of a Western ranch to the city of the future in one spectacular showcase.

“OSN+ is constantly striving to drive awareness for its key content, bringing it to life in the most creative ways,” Ashley Rite, VP of Marketing and Growth at OSN+ tells #SceneTraveller “More than just your average western, Yellowstone is a thrilling drama that brings together family, rivalry, and conflict all within one exciting and eclectic series.

The latest season of the series has made its Middle East debut and is currently streaming on OSN+ and airing on OSN Showcase exclusively, with new episodes dropping weekly.