Having hosted global entertainment icons like Beyoncé and Leo DiCaprio, the famous party brand is taking on the Middle East. 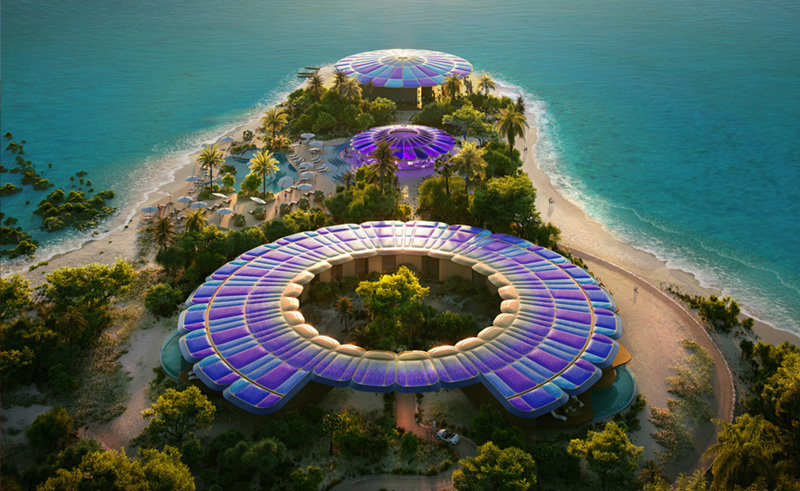 Some serious star power is hitting the Red Sea shores of Saudi Arabia. Celebrity party hotel brand Faena - which got its start as a Miami hotspot before blazing towards some of the most exciting destinations in the world to provide beyond-luxury experiences to stars and elites - is set to open their newest resort on the southern end of the kingdom's Shura Island in 2024.

Designed by architects Foster + Partners, which also worked on the Red Sea International Airport amongst other projects in Saudi Arabia, 'Faena The Red Sea' will feature 150 suites and villas, each of which come with their own private pool and ocean views. Boasting some of the most spacious hotel units on Shura Island, the resort will also feature six three-bedroom Presidential Pool Villas, and an olympic four-bedroom Royal Pool Villa.

Considered as much an entertainment hub as it is a hotel brand, Faena has hosted the likes of Beyonce and Jay-Z, Leonardo DiCaprio, Madonna and Naomi Campbell, entrancing these global celebrities with theatrical productions and decadent nightlife. Faena The Red Sea is part of the larger The Red Sea Project, which hopes to transform Saudi Arabia's west coast into an international tourism enclave with 50 luxurious hotels by 2030.