Autonomie is for the bold, the edgy, and the endlessly fearless, and this sentiment is only exacerbated in their new collection. 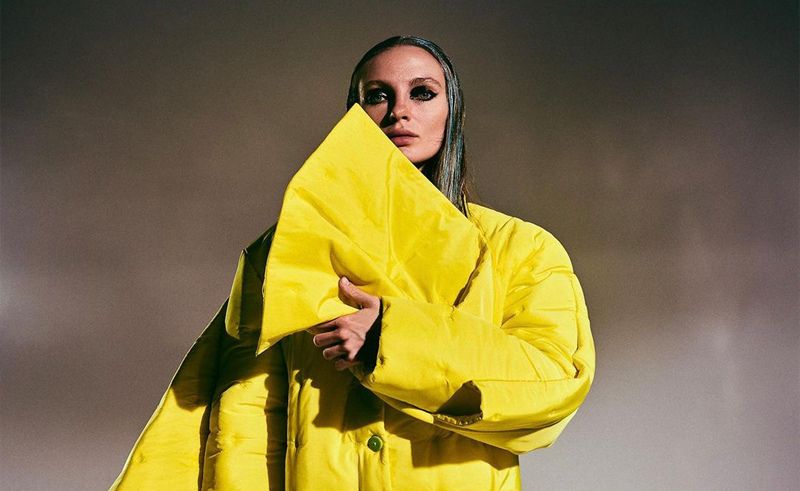 Autonomie, a Dubai-based fashion brand by Egypt-born creative director Maha Ahmed, has dealt their hand and revealed their new Tarot-inspired FW 22 collection, ‘The Tower’. After releasing two capsule iterations depicting her affinity for human connection and authenticity, Ahmed’s new collection takes her on an ethereal journey into a realm of wands, swords, coins and cups. In carving out her new direction the designer put emphasis on a tarot card that spoke out to her the most, The Tower.

“All of the collections that I design have a philosophy or concept behind them, and it’s part of the brand's DNA,” Ahmed tells @SceneStyled. “The Tower represents change, which is a constant in life that we all have to live with.” The Tower was styled and directed by renowned fashion director Ahmed Rashwan, who helped bring Ahmed’s vision to fruition.

“He happens to be a fellow Egyptian as well, and has been a great asset to the brand,” Ahmed shared.

Autonomie has been defying the gender binary with avant-garde garments that put the focus on one’s individuality since its inception. This collection encapsulates a contemporary take on RTW pieces with nylon fabric and iridescent textures. “I think the brand in general caters to bold individuals that aren’t afraid to stand out or make a statement,” Ahmed says. “The last season had several conceptual looks and silhouettes. But I always balance it out with easier and more wearable pieces to create this harmony that you see at the end.”

Pieces from The Tower exude an assertive energy of striking asymmetry, an arbitrary approach to articulate the card’s disruptive energy - like their scintillating chainmail top/balaclava fusion which gives us a glimmer of the force within. With deconstructed pattened fabric and plaid, Maha Ahmed hopes to continue building a community of inspired individuals through her abstracted garments.