We sit down with Nour Emam, whose musical journey has taken her from Jazz origins to a vastly more experimental soundscape, to discuss local competition, growing as an artist, and comparative religion. 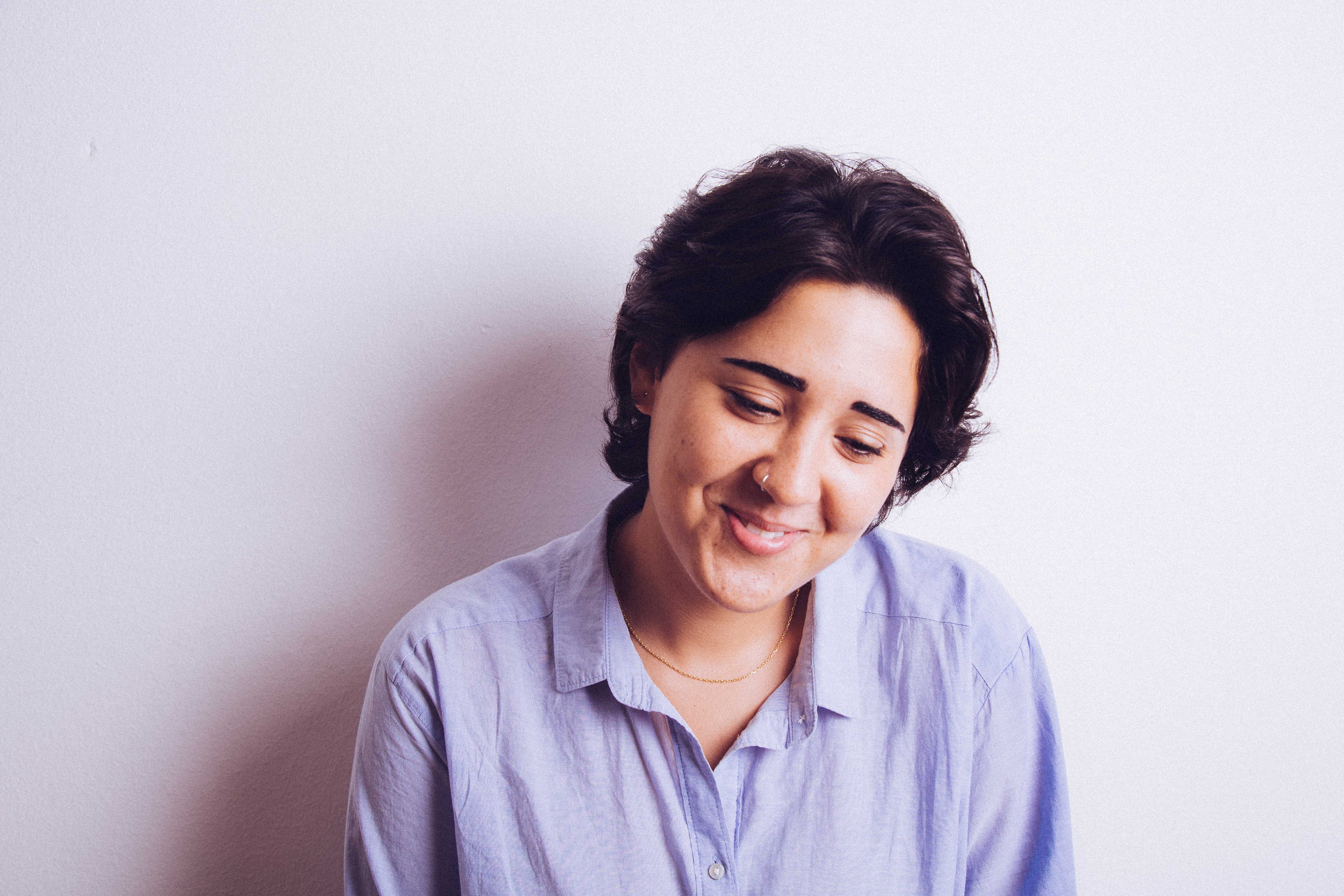 Hearing Nour Emam's work is reminiscent of something you would hear at a Jazz club in lower Manhattan. Growing with each release, it's safe to say we have our very own version of something somewhat resembling a local Holly Golightly (the 60s singer not Audrey Hepburn's character), which we know is a bold statement but so are Emam's tracks, and her unique approach to them. After her latest release Smooth Talker, we had the pleasure of having a little back and forth with the musician, to discuss local competition, growing as an artist, and comparative religion.

First of all, tell us a little about your start in the music world; how did you fall in love with music, and what made you choose to pursue a career in it?

I guess it’s cliché to say that I’ve loved music ever since I was a baby, but it’s true. I first stepped into the music world when I was 13 in my school talent show, I think that was when I realised (alongside everyone else around me) that I could sing and that I had strong vocals. At the age of 15, I had the amazing opportunity to guest star in two jazz concerts with Amro Salah & Andre Segone (both very talented jazz musicians). And by the age of 16-17, I was doing my own little gigs at El Sawy Culturewheel. The gigs were all jazz covers or covers of songs I liked that we then rearranged into jazz versions.

I don’t think I ever considered pursuing a career in music per se. I always want to be making music no matter what, but I’ve never really thought about turning this into my main money-making job.

How is it working in Cairo? What are some of the challenges and advantages in working here?

Well, working in Cairo can be a bit limiting. I think the main issue we have in Cairo is the limited amount of venues, considering that Cairo is such a huge city. I think there aren’t enough places where people can showcase their work, whether it's Pop, Jazz, Electronic or more alternative and experimental genres. I also think that the general music culture in Egypt is too narrow minded. People want to book artists who are very straightforward House-Dance, Pop, Acoustic or Rock musicians, who will be crowd pleasers and people can sing and dance to. Rarely do we find venues that want to host other types of music that is more experimental, avant-garde and artistic.

Who are some of your inspirations, role models, or idols in the music world? And how do you aspire to reach your dreams - what do you feel like you need to do to feel like you reached your goals?

I think my inspirations and role models in the music world are always changing. As a little girl I used to love Britney Spears and Christina Aguilera. Now, I can’t really say I have idols in the music world, because I’ve changed so much over the past year in terms of how I perceive music and sound, that I feel that all sounds in my environment and all music is inspiring.

If I had to give names, I’d have to say that two local artists always inspire me when I feel like I want to break out of the frames of ‘traditional music’. Those artists being my fiancé, Ismail Hosny and Bosaina (both part of the Cairo based collective KIK). Ismail’s use of sound, noise, field recordings and the way the output of his sounds are just so physical that you can feel them moving your body, is something I find extraordinary. As for Bosaina, I think the way she so beautifully integrates her vocals with soothing soft pianos and slow and smooth rhythms created by field recordings, is something that instantly makes me feel like I want to create music.

I don’t really know what my dreams are in terms of music, but I know that I am currently in search of my sound - a sound that is very different from the sound people are used to hearing from me. What’s it like working with no competition or people doing what you’re doing, or do you feel like there are local artists that are putting out stuff in the same vein?

Well, that’s the thing, there may be competition but I don’t think I’m very aware of it. I haven’t really ever been an active part of the music scene. I don’t perform often, maybe a couple of times a year at most, so I’m not really in a position to say whether I see competition.

I am however concerned with how my new direction will be perceived by my current audience. Again, as I said, Cairo isn’t very welcoming for artists who want to experiment with their music. The audience that is willing to listen and culture itself with new ways of musical expression is quite limited and I can only hope people will start opening up to alternative genres of music.

How has your sound evolved over the past few months or years? And how has it progressed since Shaved? What do you have in your future plans? Where do you plan on heading in terms of sound?

My sound has evolved so drastically over the past year that it’s scary. I just uploaded a new song on to my Soundcloud, but I’d written this song maybe back in February. I’ve definitely reached a point, especially after I met Ismail and got to know his friends who are all extremely talented and inspiring artists, that I felt there is much more to music than the music I was writing.

After I finished scoring Shaved, I realised I had had enough of Acoustic/Folk music, and started diving into Electronic music and experimentation with sound. It wasn’t really my first experience with experimental music, as I had already done my Bachelor project and thesis in sound and my piece was quite experimental and highly conceptual. My recent exploration of this completely new genre has been so rewarding and eye-opening. I just can’t wait to see where this new project will go.

I’m currently doing my MMus in Sonic Arts at Goldsmiths University of London, and I hope I will be able to contribute to introducing the concept of using sound as a way of artistic expression and as a stand-alone art form back in Egypt. I might look into an academic career in teaching sound and sound arts, but for now I’m very keen on developing as an artist and musician during my time here in London.

In a few words, describe your sound to someone who has never heard your work? And how would you advise any up and coming singer wishing to follow in your footsteps??

Well, it depends which sound we’re referring to. If someone has never heard my current Soundcloud channel, I guess I’d describe it as a mixture of Folk and Soul, but maybe more Folk-Pop.

As for the new sound, of which a Soundcloud channel will be made live in the very near future, I would say I’m heading in a direction of complete and total experimentation.
I’m currently practicing so many different ways of sonic expression. I am exploring fields of sound art ranging from creating soundscapes of cities I’ve visited, to struggling with a Musique concrète piece at the moment and simultaneously trying to find the right balance between songwriting and electronic/noise music with myself as a solo artist and with my fiancé in a new project we are working on. I just really hope people will be interested in following me throughout this new endeavor.

As for any up and coming singer, I’d only have to say, which also sounds cliché (that rhymes!): Be original and don’t fall into the trap of becoming a cover musician, just because it’s easier or because you’ll get booked or because you don’t think you have what it takes. Egypt has enough cover bands, we don’t need more covers of Adele’s Someone Like You or Van Morrison’s Ain’t No Sunshine. Have confidence in whatever music writing you think you’re capable of and pursue that. It’s the only way we’ll start seeing new and original talent in Egypt.

One last question - if you weren’t singing and making your music, what would you be doing?

If I wasn’t singing or making music, I’d probably be studying comparative religion. I’ve always had a fascination with religion since I was in high school, and I’ve always managed to incorporate religion and spirituality into my music as well. So, I think I would’ve gotten into that more and maybe considered moving into an academic profession and contributing in the field of inter-religious dialogue (yes, I know, quite different from what I’m doing now!).