She emerged on the music scene a few years ago with a sound that was at once ethereal and intense, and now she continues to captivate a cult following. We speak to Aya Metwalli about her process and inspiration… 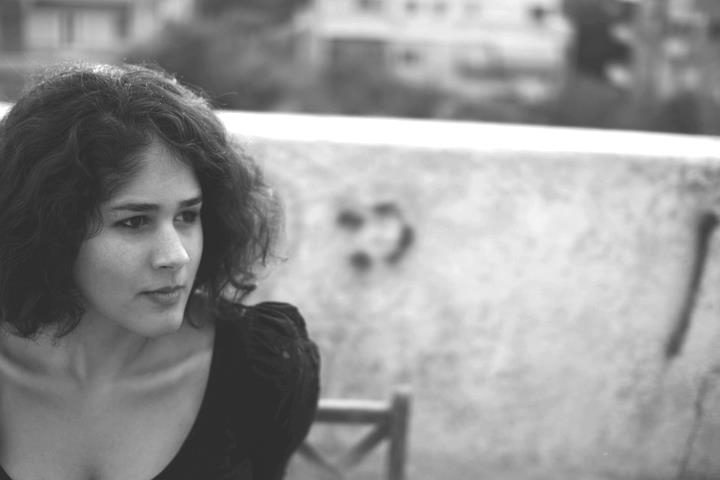 Intense, brooding and gleaming with rich texture beyond her 26 years, Aya Metwalli’s forlorn voice has garnered nearly 20,000 followers on Soundcloud, as well as a cult following off it. Her catalog of releases span from early acoustical guitar works with non-uniform Arabic vocals that capture an Egypt living through melancholic dream bubbles, to her most recent Experimental Electronic productions released on Barcelona-based label Junkie Slang. We talk to Aya about her influences, her shift to digital, and kidnapping cats…

Do you remember how you first got into music?

I remember being five and singing some nursery rhyme on stage in the school's annual show. That was the very first time I got to hold a microphone. I also remember a lot of school choir throughout school years, and a piano teacher for a few years, then a guitar purchase at sixteen after my elder brother introduced me to rock, and I took it from there.

What kind of music were you influenced by growing up?

I've been exposed to all kinds of music, from Back Street Boys to Megadeth and everything in between. I believe I have subconsciously been influenced by it all, whether I realise it or not. I can't pinpoint the influences but oddly enough I only started to write my own music after having stopped listening to music altogether for a year or so. It was some sort of a rehabilitation period where I made room for my own sound to finally surface.

What instruments do you play?

I mostly play the guitar now, and I know my way around keys.

How would you describe your writing process, both lyrically and musically?

A couple of years ago when I used to make songs out of lyrics I haven't written it was a very mental process, especially because I mostly chose prose that wasn't very lyrical, so it was a challenge of finding rhythm in text. But I stopped doing that. Lately I've been writing my own lyrics so it became more of an emotional flood that happens simultaneously, musically and lyrically.

What motivates/inspires you to write?

I don't get inspired, I get possessed.

I think something is happening. I mean I never used to hear of that many artists and bands before, so yes, it's definitely growing. I'm just a bit concerned that some things are starting to sound the same. I'm not sure if that's good or bad, but it makes me want to step back rather than blend in, at least until I determine my stance regarding sound.

Which artists do you admire here?

I admire all those who make music because it's not so easy to do that here, so whoever is still holding on definitely has a passion worthy of admiration. From a more subjective viewpoint, I really enjoy listening to the Cairo Symphony Orchestra at the Opera house. They play every Saturday and there was a time when I used to go alone on a weekly basis just to sit down and let the sounds sink in. It's not so alternative but the experience of listening to orchestral instruments in a hall never fails to stun me.

Is music full time for you?

Yes and no. Yes, because I can't shut my ears and there is always sound around me, sometimes it's song and others it's not, but the "music" never stops. And no because I am not always a musician, it's something I've been fighting since I started performing. I hate to be labelled as a musician, I do other things too you know. I drink tea and I push the trolley in the super market and stare at strangers in the street until they feel uncomfortable. I also have a day job and I'm still undecided if I want to make a career out of my music.

What made you decide to start experimenting with Electronic music?

I wanted to improve the quality of the music I post online so I signed up for a music production course at Epic 101 studios. Seeing how Hussein and Ismael work to produce the sounds I had always heard but never knew where they came from made me realise how interesting it can be to fiddle with electronic music. It opened up a lot of portals for me and I gradually started to be interested in gear, even for guitars; effects and whatnot.

Following up from that, what gives you more satisfaction these days, your acoustic guitar or production software?

I'm still a bit uncomfortable with software. It doesn't feel intimate enough. So I'm spending more time with hardware; guitars with effects and modulators, and a little drum machine that I use to produce the beats for now.

Do you have plans to play a live Electronic set anytime soon?

It's in the back of my mind of course but I'm not rushing it. I'm taking all the time I need to get familiar with what I'm working with until I produce something tight enough to be performed.

Your tracks flow through many different vibes and genres, but do you think there is a certain element that emanates from all of them?

I don't know. I, for one, think that I'm not very inconsistent with my music and that there's a lot of vomit on my Soundcloud. I don't even know how anyone takes me seriously.

What do you want (in life, in general, or in music)?

I want to collect all the cats in the world and build a huge mansion where I'd keep them all and live happily ever after. That or live barefoot in a forest.

Hear more from Aya Metwalli on her Soundcloud here