The most progressive record store in Egypt is offering a huge opportunity for music enthusiasts, in collaboration with one of Egypt’s biggest producers. 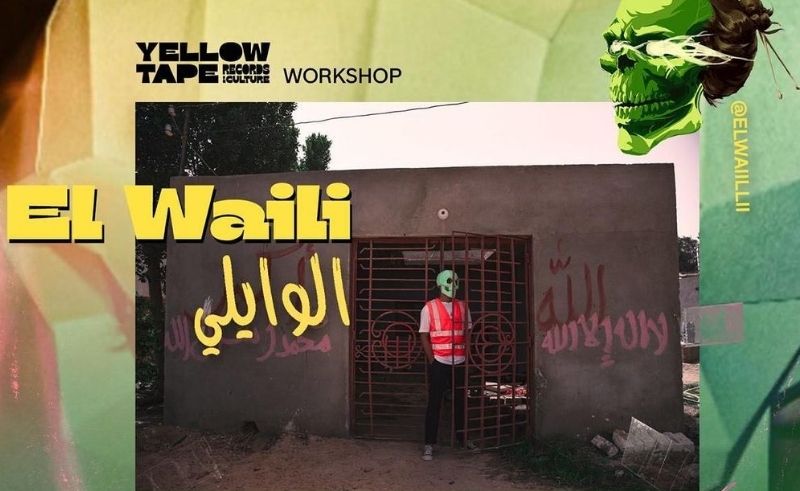 In recent times, Egyptian record store Yellow Tape have been expanding their space into a music and arts hub that hosts a number of exhibitions, showcases, and performances from some of the most prominent figures in the local scene, as well as a handful of international acts that have shared their musical prowess at the coveted vinyl store. A while ago, Yellow Tape introduced workshops and collaborations with music teaching platforms such as Strictly Vinyl, Analog Lab, and Audio Bus, offering a cool space for instructors and attendees to receive a plethora of knowledge on all things music and music production.

Yellow Tape have recently announced their first very own music production workshop with prolific Egyptian producer EL Waili. This workshop is running once per week across the four weeks of Ramadan with two groups, one on Friday and the other on Saturday, with each group holding a maximum of four students.

EL Waili would be laying out his own production sauce and secrets in this awaited workshop which will begin with an introduction on logistics, ear practice, sound theory, and music theory. In the second class, students can expect some ear practice and the opportunity to engage in a Q&A; before diving into how to choose sounds, effects, the procedure of processing beats and arrangement, and how to finalize a track.

In the third class, EL Waili will continue with some more ear practice, Q&As, mixing and mastering, and finalizing the workshop in the fourth class by starting a new project from A to Z with live feedback from EL Waili himself.

Audio Bus will be lending their services to this workshop too, making the entire ordeal a family affair. This course is already at full capacity, but expect more musical workshops and courses to be hosted by Egypt’s favorite record store soon.