In this latest docu-feature, SceneNoise sit with Nacelle's own Adham Taweela, Maie, and Aly Goede for insight into journey of their widely acclaimed festival, Sandbox. 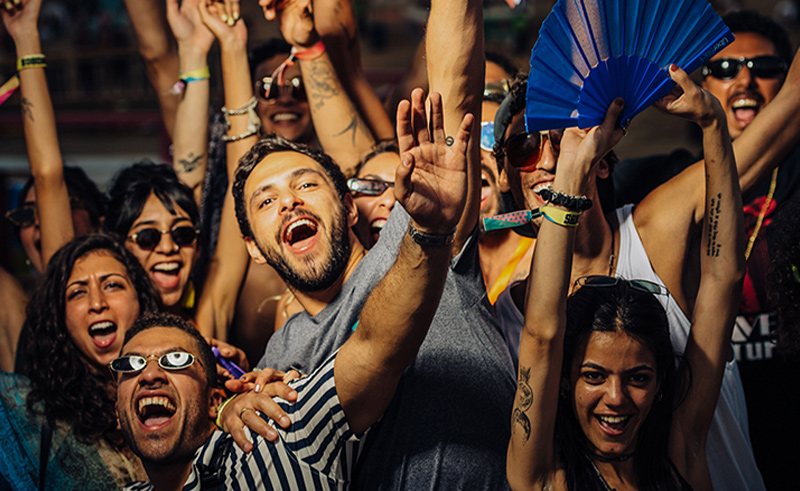 Every year, the glistening serenity of Red Sea haven El Gouna makes way for something almost otherworldly. A disruption, a blip, a nebulous cacophony of music and art that continues to raise the bar for music events not just in Egypt, but across the region.

It was in 2012 that prolific event organiser, Nacelle, gave birth to Sandbox, a multi-day showpiece festival that has evolved to become one of the world’s most unique music-centric communities, an annual carnival of sights and sounds that gathers thousands of music fans and hundreds of artists from across the world every year, each edition coming bigger, louder and more ambitious than the one before it.

A mecca for music and free expression, Sandbox has come to occupy a unique position on the events landscape - it’s a runaway train, an intangible force, a movement. That movement hasn’t happened organically, though. They say it takes a village, and in this case that couldn't be truer. From its core team to its volunteers, from the artists to the fans, Sandbox is a tribe, a caste that transcends cultural convention, codes and covenants.

In this exclusive docu-feature, CairoScene dives deep into the past and the present, the inner workings of Sandbox, Nacelle and the people driving it forward. From founder, Tito El Khachab, and festival project manager and director of operations, Adham Taweela, to head of entertainment and artist booking Aly Goede, and frequent Sandbox goer and debutant DJ Maie, to live the Sandbox mentality ahead of the festival’s latest edition.

Watch the full video below.