The act departs from the rock-dominated aesthetics found on previous releases and looks to post-punk and synth-pop elements in its latest release. 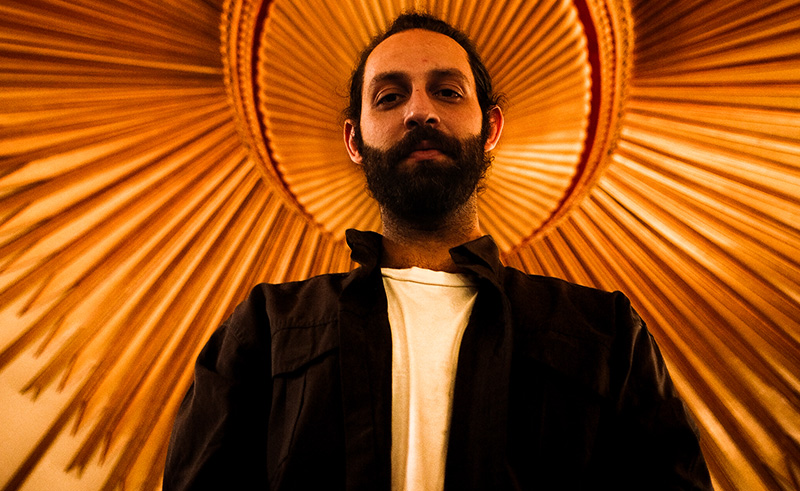 Cairo-based Albaitil Ashwai has always looked to many different genres of music for inspiration. From classical Arabic music and Tarab to post-punk, metal, and electronic music, the act led by Qais Raja has been dabbling in mixing genres for nearly a decade since its inception in Amman, Jordan.

After signing to Saudi Arabian record label ‘Wall of Sound’ the Albaitil Ashwai’s musical direction seems to have shifted towards more electronic-based aesthetics. As heard in this release, we are treated to a playful blend of post-punk, surf rock, and synth pop, imbued with an uncanny Arabic twist.

The Jordanian act’s relocation to Cairo and partnership with the Saudi Arabian Label ‘Wall of Sound,’ reflects the overarching shift in mentality across the MENA region’s music industry; as we are beginning to witness artists working regionally as opposed to locally. Moreover, we’re seeing players from different Arab countries working together to amplify the scene as a whole in a collaborative effort that is transcending borders.

The track ‘Akoon Baeed Ana’, co-produced by Egyptian synth-wizard Kubbara, starts out with an elastic synth bass and upbeat drum groove that immediately sets us into hyperdrive. A surf-rock inspired guitar riff then comes in playing an eastern-sounding melody which sets the tone for Raja’s otherworldly vocals and lyrics dwelling over a failed relationship.

The instrumental features colourful synthesisers, a rich background atmosphere full of ear-candy, and expressive Arabic percussions playing a Khaliji-sounding rhythm that adds depth and nuance to the well-constructed track.

In the music video, directed by Abdulrahman Saeed, we are treated to a psychedelic visual experience which is brought to life by creative editing techniques such as bright bursts of colour, superimposed footage, and fast-paced rhythmic cuts. This all combines to help tell the story of our hooded protagonist's journey across a baron wasteland.