The singer-songwriter touches on the topic of representation and the exploitation of hijabi women by Western media, while also paying tribute to her Palestinian heritage. 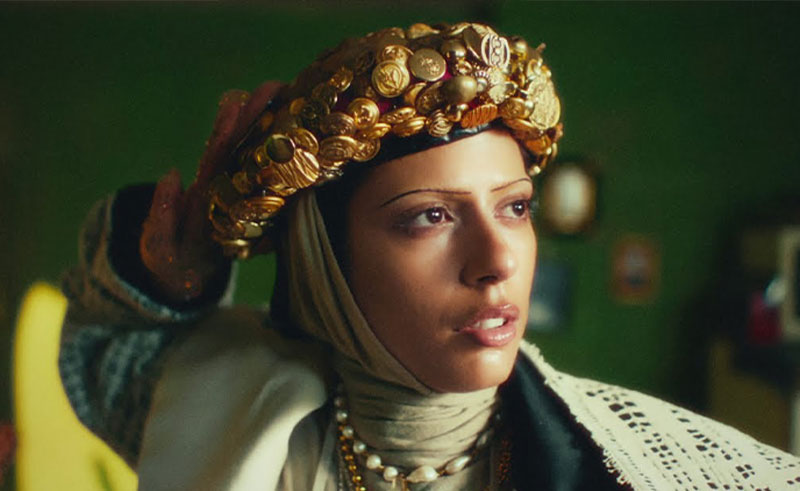 We live in a day and age where liberal third-wave feminism reigns supreme; where female artists are praised for freely embracing their sexuality without reserve; where more is more. More skin and more suggestive innuendos are, according to mainstream media, more interesting than modesty.

During a time where the lines between the male gaze and feminine autonomy have been irrevocably blurred, Muslim women who enact their autonomy through covering up often feel shamed for choosing to abide by their faith and culture. With few hijabi women to look up to in the media, a lack of representation can be damaging to the self-esteem and belief system of young Muslim girls.

This, however, is where Palestinian-Canadian artist Nemahsis comes in. A breath of fresh air in even just her writing, the imagery that accompanies her music is beyond needed in the music industry. In her most recent music video for track ‘dollar signs’, Nemahsis appears in a beautifully crafted modern hijabi look that retains elements of her Palestinian heritage.

The camera tracks out on her paralysed figure, frozen mid-movement – with her lips barely moving along to the lyrics: ‘I tried to write this song about two times/Maybe even three before I realized/I needed to try with somebody that looked like me/Our struggles are concepts/And it’s dollar signs they see.’

Touching upon the topic of representation and the exploitation of hijabi women by Western media, Nemahsis goes on to blame herself for falling into this very trap and ‘selling out’ as the ‘token-Muslim’.

As the frame widens, Nemahsis’ lip-syncing becomes less restrained and she begins to move slowly out of her paralysis, walking towards what is revealed to be the glass window of the home she and her frozen Mother are trapped in.

Is Nemahsis finding freedom and strength in her voice, only to find that she is still caged in the box that the outside world has put her in? These visuals seem to allude to a loss of hope from the young singer, mirroring the same sentiment shared in the song’s soft-spoken hook - “Don’t let me be your hope.”

The video and song are a collective masterpiece, alluding to the conflicted dichotomy all liberal and conservative women find themselves in. How much choice do we have, really? And where does our true freedom lie?