The third episode of Red Bull’s ‘64 Bars’ challenge brings together two of the hottest artists in the rap scene with a much-anticipated collaboration. 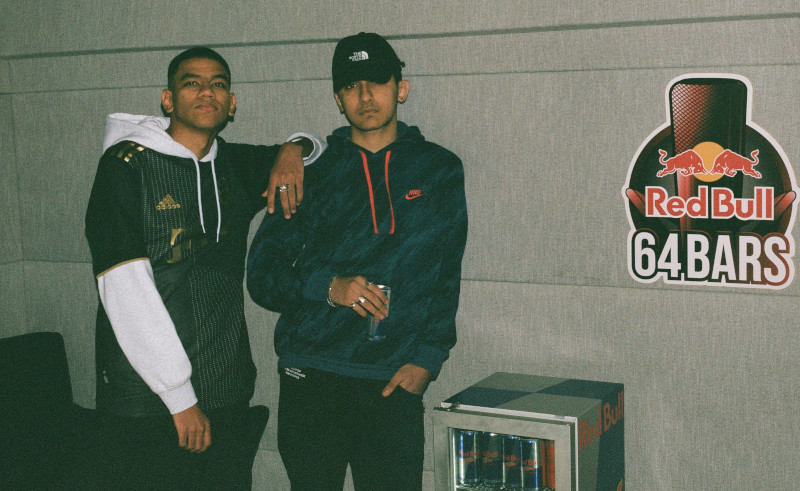 Most of the hip hop music we listen to in recent times consist of 16, 24, or 32 bars when the rapper wants to purvey a certain message or tell a certain story, but to write a verse in 64 bars? That’s a challenge the advanced music theorist inside all of us wants to witness, and Red Bull delivered. After launching the first episode with Hesham Raptorand Wezza Montasser followedd by the second with Molotof and Lil Alex, Red Bull’s ‘64 Bars’ episode two brings together a massive collaboration with adored rapper Moscow and multi-talented rapper/producer Karim Enzo on ‘Kabaka’.

Enzo flaunts his production prowess, offering an energy-fuelled, pacey trap instrumental which matches Moscow’s flow and delivery, making the use of crisp percussion, drill bass, and a nasal drone to bring the beat together. Moscow proves why he’s one of the best in the game currently, providing his fatidic songwriting abilities with an impressive delivery to match.

Red Bull’s initiative of bringing together a rapper and a producer to collaborate for the first time is a vital addition to the scene, as it represents the unlimited potential of two artists working together and how both parties can push each other’s limits and reach new heights together rather than working with the same rapper/producer duo every time.