In her track, the rising rapper sheds light upon the self-centeredness that men embody in conversation, ultimately dissing mansplaining by accurately depicting how it feels to be patronized by men. 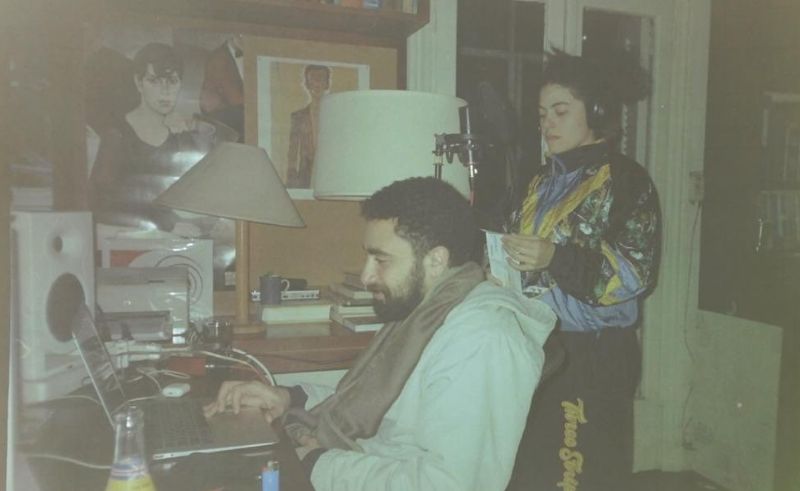 Egyptian based rapper, singer and keyboardist Ma-Beyn just released a new debut single ‘Masa2altesh’ accompanied by a music video, the track is centered around themes of anger and frustration towards our arrogant men. Initially the single itself was released during Women’s Day, given the message of the single backtracks the importance of the day, in collaboration with her Ka2en compatriot, Lil Abad.

In her track the rapper sheds light upon the self-centeredness that men embody in conversation, ultimately dissing mansplaining by accurately depicting how it feels to be mansplained. Mabeyn then further exclaims in her track ‘did you not stop and think before advertising yourself, why are you rambling, everyone is entitled to their opinion, keep that mouth shut if the point wasn't add  ressed to you’ over aggressive drums and distorted bass. Further segwaying the track into a break where she compares men to flies over the sound of a buzzing fly.

The track was produced by Lil Abad, who did a stellar job in cultivating the experimental direction of the instrumental. He utilizes a bouquet of synthesizers to create tension between the chorus and verse, he also makes the use of what sounds like three distinct bass-lines, each serving a different purpose. Mid-way through the single, the beat takes a sinister turn with a dark guitar riff and a sea of FX to give off that menacing feel to it.

The video itself features over 20 female cast members aged 23 up to 75 to give the message of a diverse united front. It kicks off with Ma-Beyn in what looks like an uncomfortable position expressing “I didn’t ask, I didn’t ask for your opinion” which is the main purpose behind the single.

The visual edits and cuts must get some major appreciation, given the matching sequence of color gradients and the well-thought of scenes that sends the message across the audience. The video concludes with ravishing choreography of eight women in purple dresses as Ma-Beyn utters the last words while the track slowly decays.

This striking and stunning video certainly voices the opinions of all women that constantly face mansplaining and belittling from men. Check out Ma-Beyn and Lil Abad’s ‘Masa2altesh’ music video below.