The emerging artist teams up with producer El Antably to deliver a refreshing five-track EP. 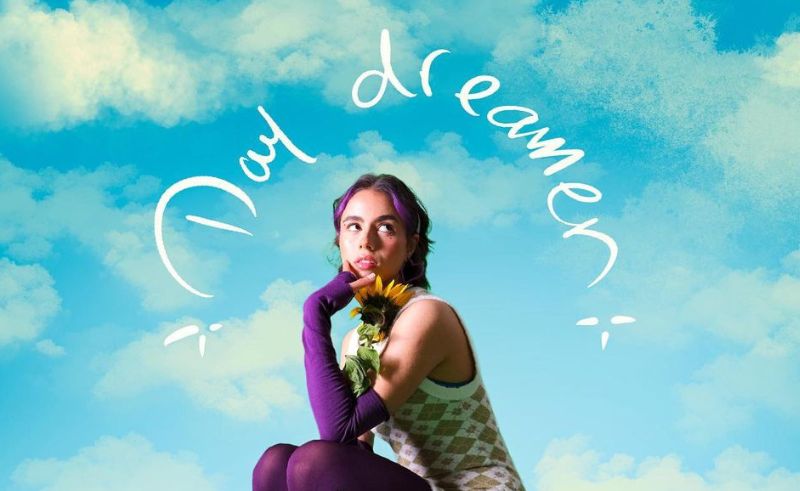 In her debut EP ‘Daydreaming’, 21 year-old Egyptian artist Nour delivers a collection of synth-pad-centric dream-pop tracks. Adorned with sparkling textures and driven by upbeat and punchy drum performances, the EP explores Nour's introspective thoughts, as she questions her behaviours and tendencies while switching between Arabic and English lyrics.

Drawing influences from funk, bedroom-pop, and ambient music, Nour, along with the album's producer El Antably, add their original twist to this fusion of genres by integrating Arabic rhythms into the tracks.

With most of the track list featuring live-drum performances, Nour explores a bedroom-pop sound that brings acts such as Steve Lacey and Tops to mind. The EPs spacious instrumentals and hypnotising soundscapes also help round out the upbeat drums, by adding calmness and warmth to the track list.

Nour compares the experience of the album to that of a dream, which is why in the track list, the album starts with the track ‘gn/ intro’ (good night/ intro) and ends with ‘gm/ outro’ (good morning/ outro), meaning that you enter the dream as you fall asleep and exit as you wake.

The EP kicks off with immediate momentum in the track ‘gn/ intro’, where we are met with live drums playing an Eastern rhythm. A choir-like pad then brings the track to life, adding a sense of grandeur through its dramatic chord progression. Underneath the active drum performance and the mesmerising pads, a deep sub-bass plays a simple and steady line that glues the rest of the track together. Nour’s washed-out and heavily processed vocals arrive, singing short phrases over the instrumental, with a delay effect filling in the gaps between her sentences. She sings a line that roughly translates to ‘Everybody wants to fly’, and an arpeggiator comes in at full speed to add even more movement to the track. Shortly after, it slows down significantly as the rest of the instruments exit, leaving an isolated arpeggiator playing over an Arabic spoken-word sample.

The next track, ‘Alwan’, slows the pace down a bit, starting with Nour singing a heartfelt melody over a bed of lush pads. Vocal harmonies and intensified pads act as a transition into the next section, where a head-bopping drum beat comes in to frame Nour’s vocals in a more pop-inspired light. This thread of pop sonics doesn’t end here, as the chorus invites us into a catchy synth-heavy instrumental section, where Nour’s vocals are hidden in the background, and are used only for effect behind the lead melody. In the final leg of the track, the drums switch to an Arabic percussion pattern, a theme that Nour and the producer of the album El Antably have put in the forefront of their vision for the album.

In keeping with this vision, the next track ‘Outta Control’ starts with a similar Arabic rhythm. The faster tempo of this track allows Nour to explore her flows and lyricism as she enters with the line “Who you are is defined by what you struggle for.” The danceable rhythm of the track paired with its bitter-sweet melodies and calming pads provide a balanced synth-ladened track that slightly resembles alt-pop acts such as Zaid Khaled and Donia Wael. Nour also showcases her vocal range, dipping into her deeper register in the middle section of the track.

The fourth track of the EP, ‘Bahr’, greets us with soft whistles on top of a meditative soundscape. We hear wind blowing past as a faint and unintelligible vocal melody draws us in. Taking a different sonic direction from the rest of the EP, 'Bahr’s' instrumental features more electronic elements, such as a mellow trap beat and plucky synthesiser beeps, showcasing Nour and El Antably’s range of influences. Through her lyrics, Nour recounts a hot-and-cold relationship, dwelling over her mixed emotions in a train-of-thought delivery style. The spacious track is full of sound effects, twinkling synthesisers and tasteful transitions adding ear candy to the steady instrumental.

Gently waking us out of our dream, the track ‘gm/ outro’ starts with an ambient field recording that establishes a surreal atmosphere. A theremin-like instrument then comes in with a wobbling vibrato effect, playing a meandering melody as several other instruments move in and out of the sonic field. A lo-fi sounding drum beat arrives, with a mellotron-like keyboard providing ample amounts of nostalgia. The instrumental track serves as an appropriate end to the EP, as it softly sends us back on our way out of the dream-like experience.

Nour’s debut EP ‘Daydreaming’ contains several fresh ideas delivered through a compatible blend of genres. At the same time, the EP's production decisions and overall energy make it stand out as an interesting release coming out of the region, despite the instrumentation and arrangement on the project sounding a bit repetitive throughout the body of tracks. While these sonic elements (namely lush pads and crisp drums) create an engaging soundscape, hearing Nour experiment beyond this newly-found style while honing in on her sound will be an exciting prospect for the future.