Omar Samra Tells All For Humans Of New York

The famed Humans of New York page consistently delivers heartwarming stories of people around the city, but none have been quite so gut-wrenching as yesterday's story, recounting Omar Samra's tragic tale about the loss of his wife. 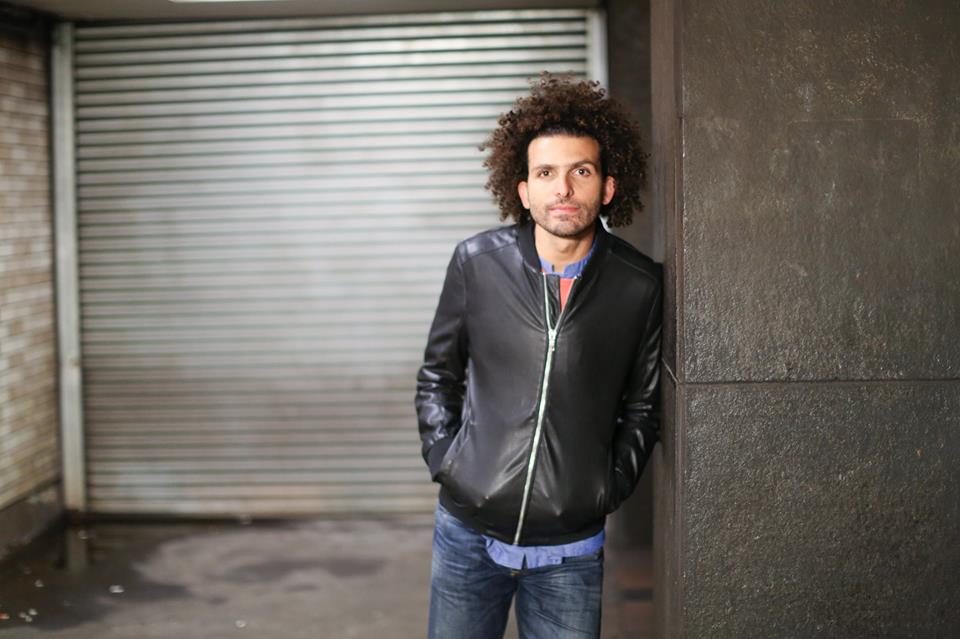 Egyptian hero and mountain climber Omar Samra made the world weep yesterday through the famed Humans of New York page. Whilst many of HONY's stories are undoubtedly heartwarming, none hit home quite like Samra's tragedy. Told through five separate posts, Samra discusses the gut-wrenching loss of his wife who passed away after giving birth to their first daughter. Read on below. All pictures are taken from Humans of New York.

“I’ve become much less goal oriented as I’ve grown older. I spent twelve years dreaming about climbing Mt. Everest. It was all I thought about. During my years of training, I focused all my thoughts on getting to the summit. My self worth, and the meaning of those years, all depended on that one moment of getting to the top. It’s not healthy to be that goal oriented. And Everest is a perfect example why. The weather can change at any moment, and even though you did everything right, and trained the correct amount, you can still fall short. And if you’re thinking of nothing but the final goal—all those years, all that effort, and all the personal growth that you achieved, becomes worthless if you don’t reach the top."

“My daughter helped me realize how harmful it can be to focus on outcomes. In Egypt, if something happens to the mother, custody of the child goes to the mother's family, and not to the father. I used to be so obsessed with getting custody that I would become physically sick. I was losing my mind. It consumed me so much that I couldn’t even enjoy the time we did have together. I was never present. My mindset wasn’t helping me, my daughter, or the situation.”

"I still wear my ring. I never thought I’d get married. Before I met her, I’d always been about non-attachment and freedom. We only had a short time together, but during that time, all I thought about was how to make her smile. I felt like I belonged. It was a ‘finally home’ sort of feeling—that sort of thing. I proposed in Amsterdam. I arrived before her, and spent all day looking at parks, and I found the perfect spot right before dark. So the next day we got on a tandem bike, and I’d mapped out a route all through the city, and it ended at that spot. And right before I proposed, we saw a boat moored in a nearby pond, and on the back was painted: ‘Another Perfect Day.’ So we engraved those words on our rings."

“She was young and healthy and we were very relaxed about the birth. We were even discussing having a natural birth at home. Then one evening, shortly before she was due, we were eating at a restaurant and we got a call from the doctor. He told us, ‘Marwa’s platelet count is very low. You need to pack a change of clothes and come to the hospital immediately.’ We went to the hospital right away, and they put her in the bed and hooked her up to all these machines. Nobody seemed worried. Even the doctors didn’t seem worried. But then Marwa said to me: ‘If something happens to me, take care of our daughter.’ And I burst into tears. ‘Don’t say that!’ I told her. ‘Why would you say that?’”

“The birth went fine. Teela was born early so they took her and put her behind glass under a blue light. For the next couple days, I went back and forth between Marwa’s room and the room where Teela was under the blue light. Eventually Marwa got better to the point where she could sit in a wheelchair, so I pushed her down the hall so she could meet our daughter. We all took a picture together. Later that afternoon we were preparing Marwa for a CT scan, and her sister was helping to take out her hair extensions. Suddenly Marwa sat up really fast, and she looked so scared, like she’d seen a ghost. She fell toward me and I took her in my arms and she started having a seizure. The doctors pulled me away and I started fighting with them, but they wheeled Marwa away to the ICU. They told me it would be fine, and I could go home, but I slept in the waiting room, and that night the doctor called my cellphone and said ‘Come now.’ When I got to the ICU, they told me, ‘We lost her for a bit, and if she comes back now, we don’t know how much of her will come back.” It didn’t feel real. It was like the movies. I was standing right over her and her heart rate monitor would go flat, and these two huge men would start hammering her in the chest, and she was so tiny, and her heart would beat for a couple more minutes and then it would go flat again. And then I heard the doctor say ‘Let’s give it one last try.’ And then I heard the doctor say ‘Time of death.’ And then he turned to me and said, ‘We’ll leave you here. Take all the time you need.’ And when they left me alone, I was like a madman. I didn’t know what to do. I started taking photos of her hands, and her feet, and I cut off bits of her hair. And when I walked out of the room I felt so empty. Like I was nothing.”