With over 20 years of experience in international education, the Metropolitan School in New Cairo is opening its admissions to offer young students from as early as KG1 a chance to step into and understand a wider world. 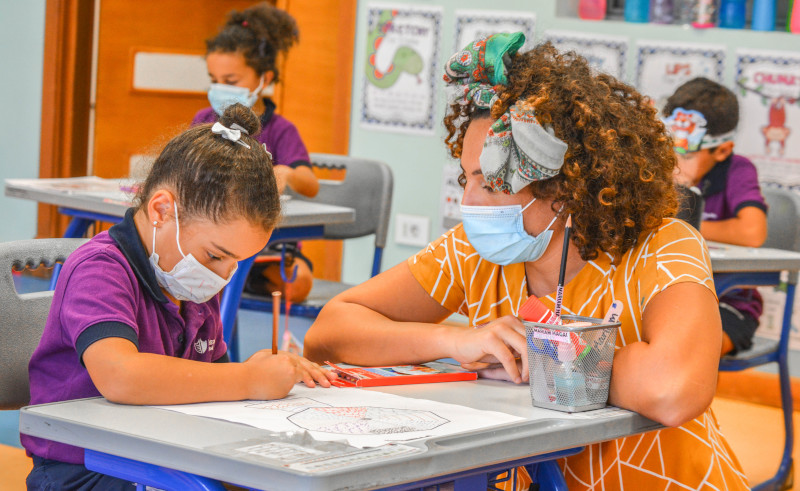 In 1954, the late Mr. Fouad Habib began one of the first private schools in Egypt. Over 60 years and two generations later, Mr. Seif Sameh Habib opened the Metropolitan School in 2015. The world changed a lot in that half-century, with an international perspective becoming more important than ever. With an eye towards raising children to live in a global community, the Metropolitan School has been built on the foundation of the Habib family's knowledge to create a truly cosmopolitan educational experience. With highly-qualified, native English-speaking teachers, and a curriculum developed with over 60 years of international education experience behind it, Metropolitan is more than equipped to deliver on its promise to prepare their students for a wider world. But it's not just preparing them to explore what the world has to offer, and it's not just about teaching students Arabic and French as second languages as early as KG1 to do so. The school is also dedicated to preparing students to expand their minds and get into less conventional careers, even from a young age. Metropolitan is the first school to implement Common Core-aligned programmes for entrepreneurship to Early Childhood students. Which doesn't just mean they're about to gain the business savvy to launch a start-up out of Kindergarten (although that's not outside the realm of possibility) - it means teaching children a range of skills, including the ability to "learn, unlearn and relearn" independently, outside the context of a school curriculum. To help your children get their first steps into a wider world, you can find more information here.