So we've had kite surfing and we've had sand boarding - what's the next big thing in Egypt's adventure tourism industry? Rahma Zein El Din finds herself climbing mountains in Dahab with Islam Sherif and his community of thrill-seeking Nomads. 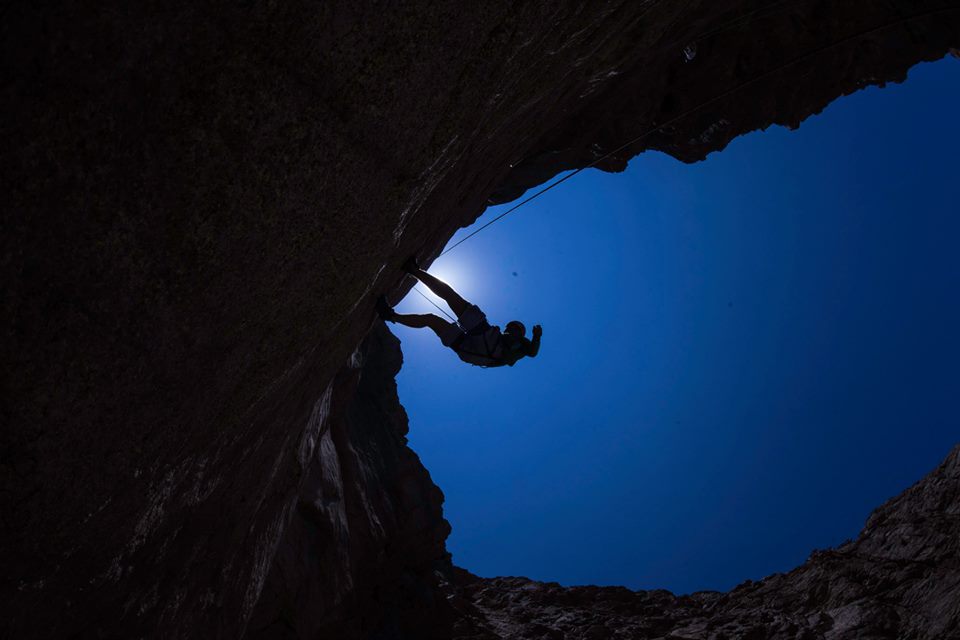 I could see the drop of sweat hitting the rock beneath me as I stood there, plastered to the mountain, trying to get as close as possible to the rugged wall before me. My fear of heights had suddenly dawned on me and I stood immobile trying to meld myself to the mountain, simply refusing to move. I imagined that I probably looked hilarious to onlookers as I simply hung there; "Move Rahma!" my friend calls to me. In my first rock climbing experienced, I had assumed I would be one with the mountain, a free spirited Pocahontas, climbing with ease and agility to the top. Instead I found myself plastered to a mountain wall calling for my mama and all things holy.

For adventurer Islam Sherif, a rock climbing Easter weekend in Dahab seemed the perfect getaway. It all started back three years ago when the adventure-seeking wild-child went rock climbing at Thailand's Crabby Island for a whole 12 days. "For some people, to unwind means doing nothing but I find myself over-thinking everything I'm trying to unwind from," he explains about his state-of-mind when scaling mountains. Returning to Egypt, he wanted to continue the experience and found out about Wadi Gnai in Dahab where rock climbing routes had already been established for the last six years and visited by major internationally-acclaimed rock climbers. When people found out about Sherif's experience, they wanted to tag along and it hit him: there are Egyptians out there who have been looking for a different kind of travel experience, but simply didn't have the companions or know-how. So he made a Facebook group designed to gather like-minded individuals who love travel, thrills and exploration in equal measure; a group of Nomads.

Wanting to bolster the extreme sport in Egypt, Sherif invested in hiring an international instructor, professional gear and putting on a workshop. "It was a big risk, money-wise, but I believed in it so much and I know it has a lot of potential. People are starting to shift and are looking for new things and to meet new people," he explains about the advent of the Nomads. While everyone loves travelling with their friends, not everyone likes to spend their holidays in the middle of the desert, with no mobile signal and *horror* no bathrooms, so creating a sense of community was key to the success of the organised trips. Sherif also quickly learned that "Egyptians are very last minute people," explaining that though he'd had announced the excursion a month and a half beforehand, it wasn't until 48 hours prior to departure that the majority of the new-found Nomads confirmed.

Egypt really does have everything when it comes to tourism. Should the tourism and sports industries cooperate, we could see a major boost in adventure travel for both the local and international markets. Unfortunately, this isn't the case but Nomads is a perfect example of not waiting for a top-down change but taking matters into one's own hand. The community has found itself educating itself; communication and shared passion being one of the only ways such adventures are promoted. Despite Egypt's landscape, Sherif notes that "Unfortunately not many people have basic camping skills; how to set up a tent and what to pack are the most frequently asked questions."

The notion of community, however, goes far beyond Facebook posts. When you travel in this kind of group, for this kind of activity you find yourself dependent on a person you just met to act as your belay partner, holding on to the other end of the rope as you pull yourself up. You rely on a group of strangers to help your willpower when it inevitably falters and it feels impossible to make it to the top. I was amazed to find myself with a group of friendly people who managed to make the experience a memorable one, especially with the use of a Tabla breaking the desert silence. Rock climbing played a major role in producing a special kind of bond between everyone there. "To me, rock climbing is a form of meditation; it's about technique not just muscle and you find yourself playing a mental game trying to reach a summit. But your mind is asking you why you’re doing this, so you depend on others to give you the drive to not give up," Sherif continues.

Returning from a rock climbing excursion, straight to a wedding wasn't exactly the best scenario for me, as aunts and uncles asked why I'd put myself through something like that, but don't let that stand in your way, nor that your friends won't accompany you. Egypt has untapped potential when it comes to adventure travel so allow yourself to be a pioneer, explore and become a Nomad. 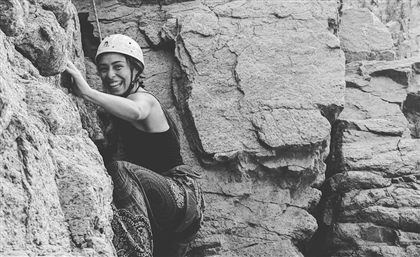 These are not vertigo-inducing AT all. [...] 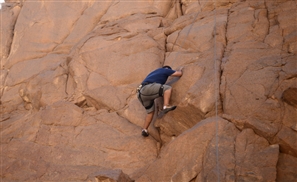 Getting Wild in Cairo: Zip-line and Treasure Hunt in Moqattam

After hiking the entire route from Cairo to Alexandria, the intrepid founders of [...] 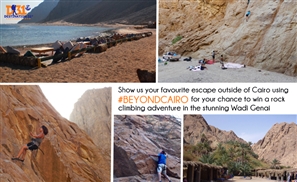 Win A Rock Climbing Adventure For Two #BeyondCairo with Destination 31

We've teamed up with the adrenaline-addicted Destination 31 crew to giveaway an [...] 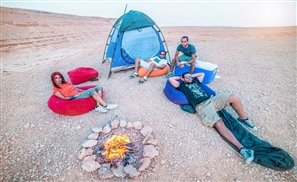 While the majority of us turn into beach bums when it's time to take a vacation, [...]
Week Month Year