Adam Mowafi finally ventures out of his home, and heads to Cairo Jazz Club for Crash Boom Bang's third anniversary bash. What's his point? There is no point, except stupid, ridiculous fun. 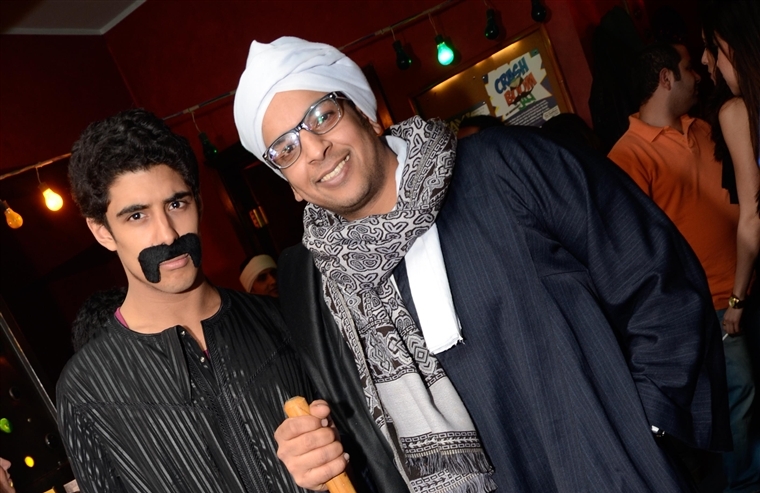 It’s been party overdose in Cairo over the last few weeks with a seemingly endless supply of organisers claiming they are going to be revolutionising the nightlife scene. As a society who, for the last five years, has found the notion that there can actually be more than one club operating  at the same time difficult, these are confusing times. Gone are the days where it was just Tamarai or 35, Ganz and erm…. and now there is a person called Tito – no, seriously that’s his name – amongst others  and so many clubs that there is a possibility you might go somewhere and actually not know anyone, I now I lie awake panicking about that very prospect too.

In the mist of all this gibberish there is one rough diamond that has stood the test of time (as well as having its bar stolen during the revolution) and that is Cairo Jazz Club. P.S to the person who stole the 20 metre-long wooden bar top: seriously WTF are you actually doing with it?

CJC has remained the corner stone of Egypt’s scene… it single handedly gave birth to all the DJs our little community has taken into their bosom of love and loathing and remains the only place which seems to be removed from the “is it hot right now?” game we so seem to love. We often refer to Aly B as the best DJ in the world but there was a time when CJC first took him under their wings and he was just the best DJ in Midan Sphinx.  Its strategy is simple: it never claims it’s cool. Actually, quite the opposite: whenever the possibility comes around that it might actually become the “in” place the bouncers will actively check your Facebook and not let you in if you have more than 20 friends which I have now ruined by stating it. But it’s OK because you’re still cool because you won’t care enough to read my article.  Damn your mind games.

Every so often I like to leave my proverbial comfort zone and do something different. My brothers wear panda and bear shoes to be different but I’m not as cool as them so can’t do that, fuck you Waleed and Timmy. Anyway back to me attempting to be spontaneous. I heard Cairo Jazz Club was throwing Crash Boom Bang’s 3rd anniversary party and I’ve always been slightly confused by them. Having never heard them live, I kept imagining a real life, band version of Adam Sandler’s movie The Wedding Singer. The fact the party was also galabeya themed made it yet more confusing. This, it seemed would, be the perfect spontaneous outing.

Arriving into CJC, wearing a silk galabeya, I was greeted with warm applause… Emm… Actually, no. Turns out I knew absolutely no one and having worn a silk galabeya someone walked past me and coughed the word “gay!” Despite this I remained committed to my pointless cause of being spontaneous.

I headed to the bar and ordered my drink and tried to make sense of what was happening. One hour of pondering led me to absolutely no conclusion whatsoever, but the music started becoming infectious. This wasn’t some weird genre of House music someone made up yesterday; Crash Boom Bang were literally singing everyone’s favourite songs, back-to-back while showing genuine talent with their instruments. For me it finally clicked when they sang the Spider Man theme tune. I got the point and that was there is no point, just fun. Nothing had to make sense.

I let go and just went with it and ended up singing along like a child to a Disney movie. Things became truly fantastic when the band re-appeared after a short break, not with some killer encore, but in fact a ZAFFA! Yes a zaffa, followed by what I assume I heard a Shaabi version of Mr Bombastic.

For anyone who hasn’t experienced Crash Boom Bang I highly recommend you try it, it’s just one of those things you have to do at least once and definitely a welcome break to the all too often repetitive Cairo night life.