If the idea of traveling 3,000 km across Egypt in nine days sounds impossible to you, think again. The Cross Egypt Challenge is back and promises a completely unique way of seeing Egypt…

Tourism in Egypt has suffered greatly in the aftermath of the January 25 revolution. Looking to regain its stature as a desired destination, Egyptians have been coming up with creative ideas and trips to entice tourist to return. Bringing back that desire is the Cross Egypt Challenge.

Entering its fourth season, the Cross Egypt Challenge is a motorcycle and scooter rally that is arguably the most creative and challenging trip to be taken, preparing for their largest trip to date. Departing on November 14, the Cross Egypt Challenge has pushed themselves to create a new and challenging route that nobody thought would be possible. Covering 3,000 km in nine days, the new route plans to pass through Alexandria, Cairo, Ain Sokhna, El Gouna and Marsa Alam, before heading west towards Luxor and Aswan, going as far as the Western Desert Kharga, Dakhla, and Bahareya before ending the journey at the greatest finish line, The Great Pyramids of Giza.

Launched in 2011, this cross country rally is one of a kind, and with every new season comes a new route. According to Ahmad Elzoghby, the official spokesperson of the challenge, “It is quite challenging to ride a few thousands kilometers on motorcycles and scooters in a challenging cross-country rally, especially if that involves different terrains; cities, deserts, mountains and oases. This year we are adding to the challenge and increasing the length of the route to 3,000 km and including new and beautiful Egyptian destinations. The Cross Egypt Challenge is meant to bring global media attention to Egypt and to confidently announce that Egypt is safe for tourism.”

Last year participants from 15 different countries descended on Egypt to take part in this unique challenge, even in the face of travel warnings. This year the number is expected to grow in interest as it exponentially rises with every year. This comes as no surprise, as every year major local and international media continue to cover this event reaching out to over 300 million people worldwide.

For many tourists, the idea of covering most of Egypt in nine days seems impossible, but with this well thought out rally, exploring Egypt and its treasure becomes easier to see while providing an adrenaline rush that guarantees to have both Egyptians and foreigners falling in love with Egypt again.

To learn more about this event and how to take part please visit Cross Egypt Challenge here. 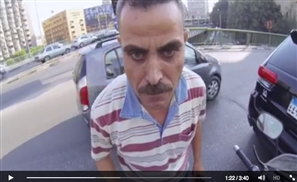 An awesome GoPro video shows a motorcyclist refusing to accept bad driving in [...] 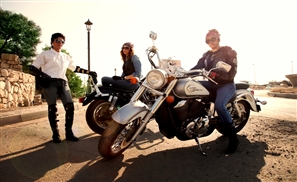 Women Who Dare: the Girl Gangs of Cairo

Rahma Zein El Din hits the road with three of Egypt's most confident and fearless [...] 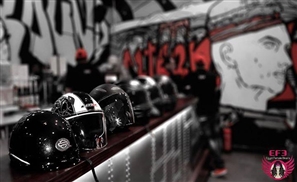 Last year's success brings fearless biker chicks back on the road, fiercer than [...] 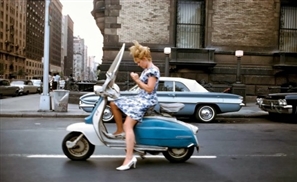 Imagine a taxi but with half the time and double the fun. We speak to the founders [...]
Week Month Year