A number of students from Alexandria University participated in a beach clean-up campaign on the coasts of El Saraya to raise awareness of the dangers of plastic waste in the sea. 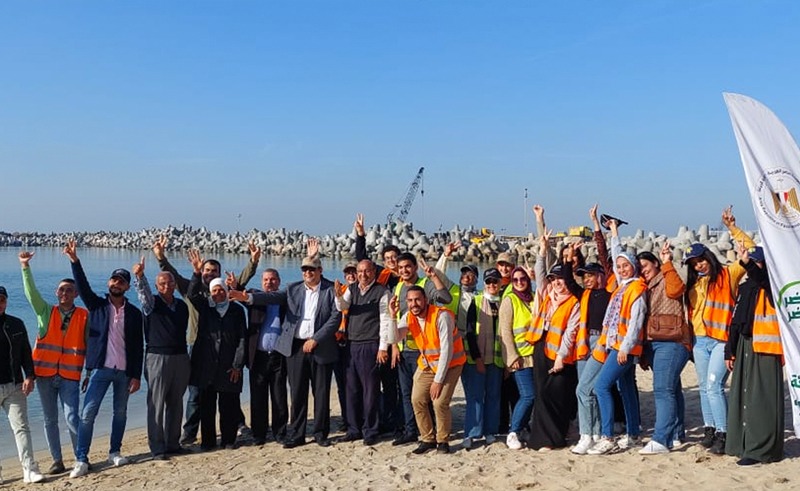 As the years pass and waste management is left mostly unchecked, there’s an eminent threat of the Mediterranean becoming a sea of plastic. Egypt is the largest contributor in terms of waste pollution of all the Mediterranean countries consuming around 12 billion plastic bags annually, while Alexandria alone leaks an average of 12.6 kilograms of plastic per person.

To raise awareness of the local solid waste crisis, a number of students from Alexandria University participated in a beach clean-up campaign on the coasts of El Saraya, the city’s eastern neighbourhood. The community-driven campaign brought the students face-to-face with the reality of plastic pollution in Egypt, teaching them to dispose of the collected waste in environmentally-conscious ways. Recently, Alexandria has hosted a number of beach clean-ups.

Earlier this September, Egypt launched a record-setting beach cleanup, collecting a total of 3000 to 4000 kilograms of plastic litter along Alexandria’s stretch of the Mediterranean. These beach cleanups work hand-in-hand with several other initiatives introduced by Egyptian civil societies to combat plastic pollution and drive ecological transformation. The General Authority for the Protection of Beaches is currently rolling out numerous major projects to protect Alexandria’s coasts from erosion and shrinkage at the hands of climate change.