Built with a sustainable architectural philosophy that’s ahead of its time and uniquely Egyptian, Dar Omar El Farouk brings the styles of old Cairo into Tunis village. 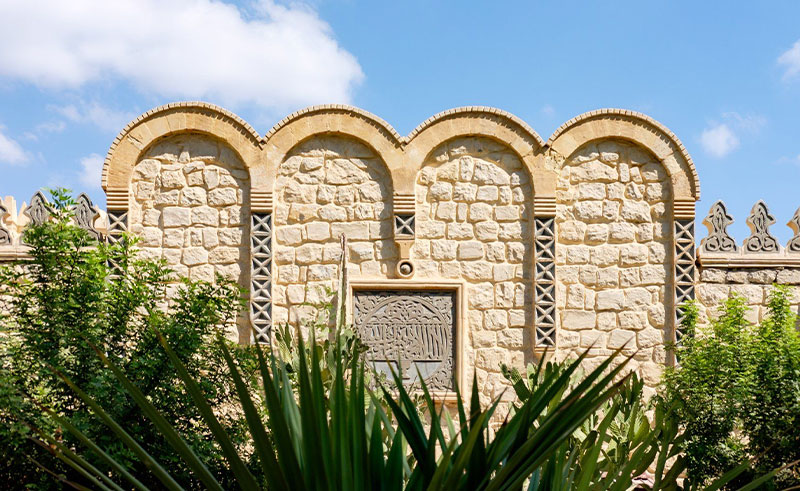 When architect Omar El Farouk visited Tunis village 40 years ago, he was consulting Evelyne Porret, the world-renowned ceramicist whose famed pottery school would help put Fayoum’s handicrafts on the map. The Fayoum Pottery School did not yet exist, however. All Porret had was her dream to utilise the unique clays of the area for her craft, on a beautiful expanse overlooking Fayoum Oasis. “The land was virgin and unspoiled by funny pieces of architecture,” architect Omar El Farouk tells #SceneHome. It was there that El Faouk built the school, as well as Porret’s house, with a philosophy of sustainability that was for and of the land, using mud bricks and traditional techniques. El Farouk then went on to use these same sustainable methods in the construction of his own Fayoum home, Dar Omar El Farouk, which now stands beautifully amongst the reeds and farmlands of the area. 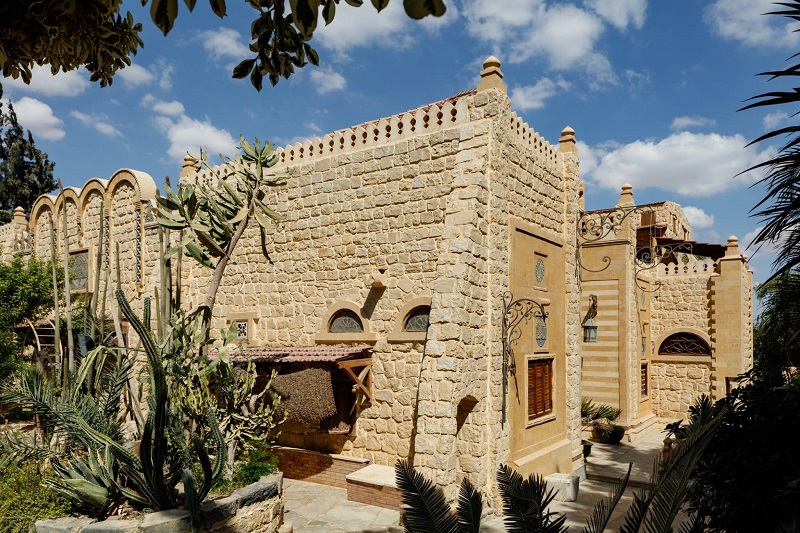 El Farouk’s philosophy was in part moulded by Hassan Fathy, the pioneering architect whose sustainable techniques were well ahead of their time. “One day, he came in to give us a lecture and I couldn’t believe that he was saying all the things I yearned to learn,” El Farouk says, describing his first encounter with Fathy, who recruited him while he was still studying and instilled an affinity for vernacular architecture in him that led to his master’s degree from London University. During that period, El Farouk applied its principles along with design elements from old Cairo to the house of the late Sheikh Nasser Al Sabah, the sixth prime minister of Kuwait. 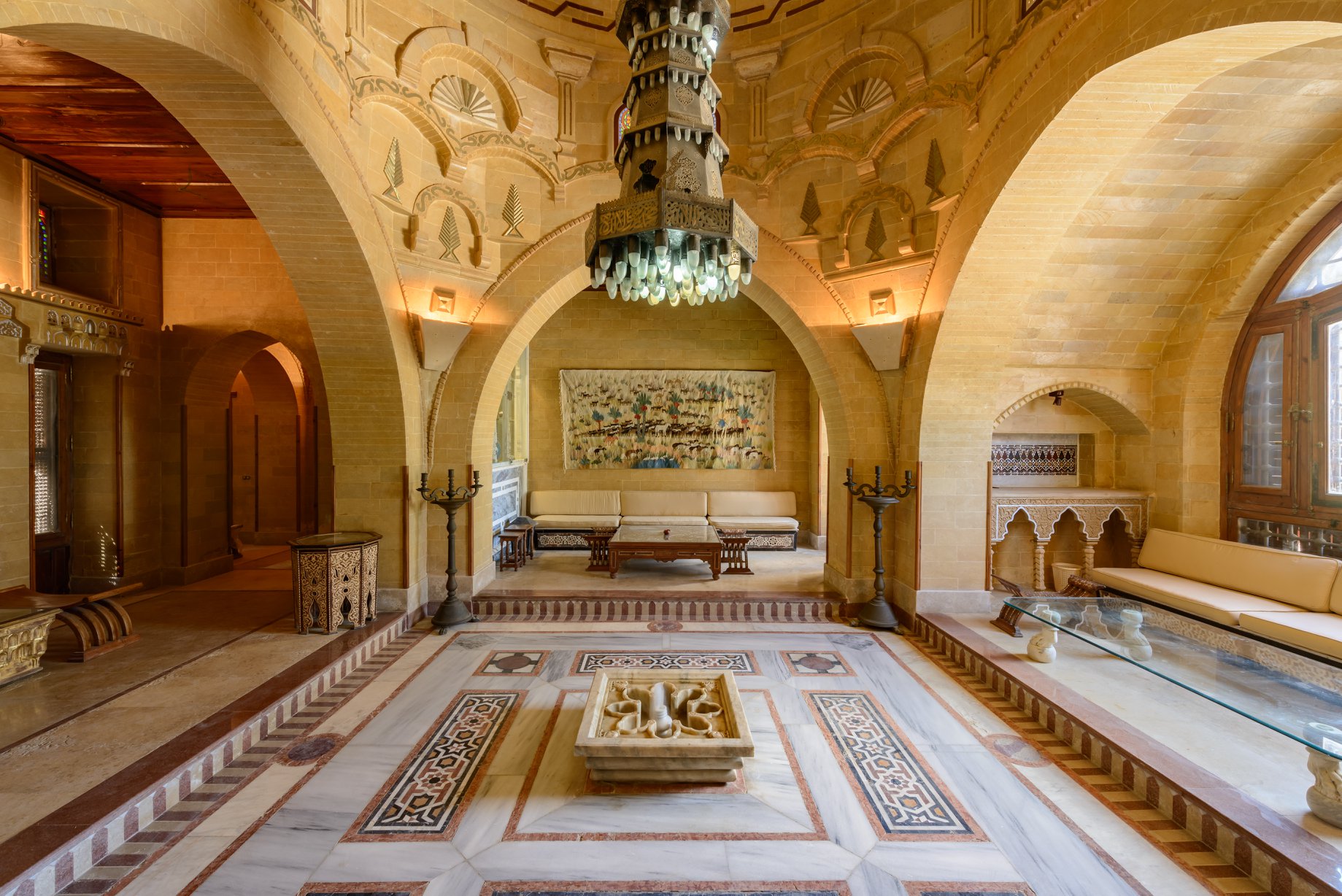 Captivated by the alleyways of old Cairo and its constant crescendos, El Farouk applies its architectural features in most of his work, whether it is royal residences or his very house, which took 20 years to build and captured the visual spirit of Cairo while maintaining its familiarity to its location. The indoor environment, designed ingeniously by the architect, takes thermal comfort into consideration. Which must have helped the crew of popular television series ‘Le3bet Newton’ while they were filming amongst its now-famous interiors.

Growing up in Downtown Cairo, El Farouk would gaze at ornate doors and embellished windows of well-preserved houses and buildings on his daily walk to school. “I would get lost in their details for hours, not normal I suppose for kids of my age but it came naturally,” he recalls. El Farouk’s childhood love for architecture and the forms it creates helped brew a passion for creation in his young mind. 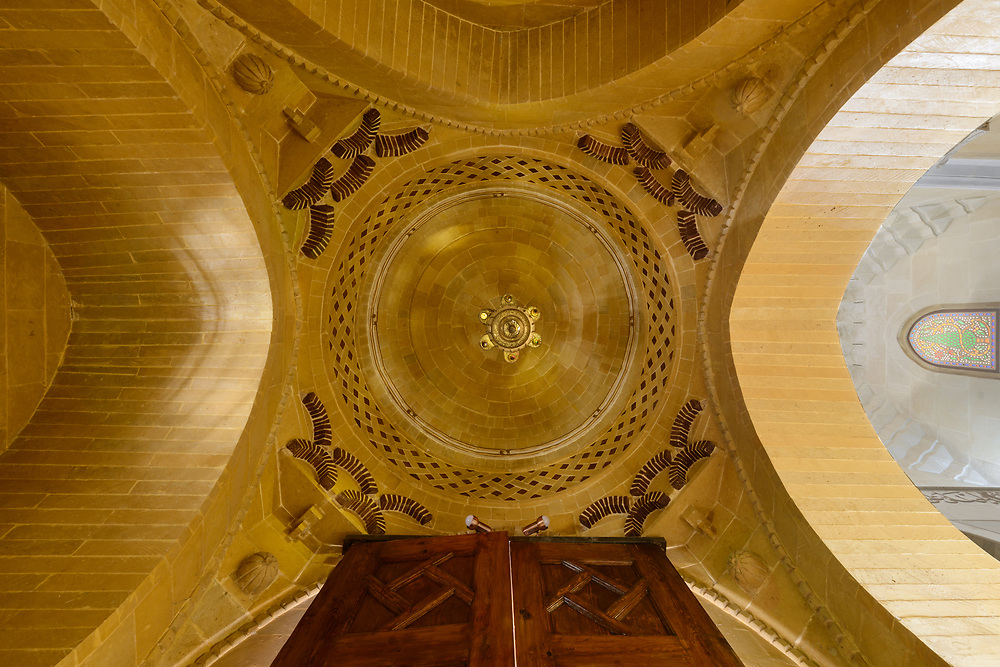 The marvelling didn’t stop when El Farouk got to his destination, Al Ibrahimia Secondary School, which was established in a repurposed mansion. “I used to have my sandwich on the stairs and stare at its architecture,” El Farouk says. “I knew that it was what I wanted to study.” While he did enjoy the chaos of university days, he learned a lot by befriending many of his professors, including Hassan Fathy and Ramses Wissa Wassef, another great pioneer in the field.

El Farouk developed an affinity for old Cairo while working on his graduation project which focused on revitalising a decaying part of Bab Zuweila, a textile oriented neighbourhood. Parts of his project were implemented, as he pledged to the governor that it would be developed after his study. This time spent in its alleyways and considering his eye for architecture, instilled old Cairo’s design features in his mind, which he constantly revisits and reinterprets in his work. 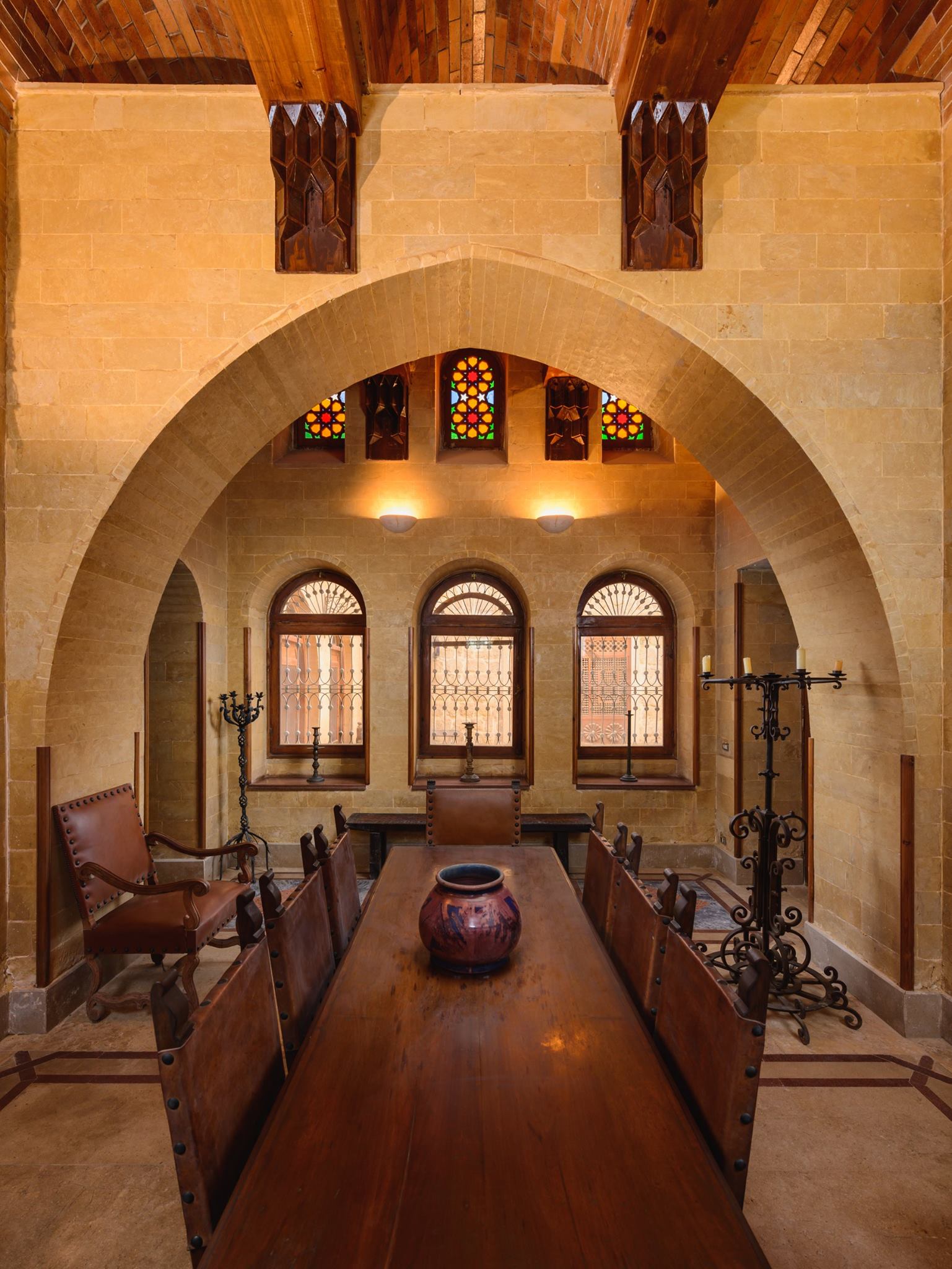 In his Fayoum home, he wanted to produce elements that integrated with the scenery and locals, while also maintaining his native inspirations. “They had a set of transitions called ‘Madyafa’, areas where you can receive guests without compromising the privacy of your home,” El Farouk says, describing the Arabian houses of old Cairo. Here, a courtyard features wood and stone in an intimate Arabian dialogue. But the architect wanted to bring the outdoor experience indoors, for that, he relied on a study he did on courtyards of Islamic architecture called ‘The Courtyard as a Temperature Regulator’ in which he uses the architectural solution to control the atmosphere.

With a centre hall that is floored with marble, the Iwans - vaulted spaces with three sides and the fourth is entirely open - have low ceilings, while the main dome is effectively a wind catcher with openings that draw warm air upwards and exhausts it out, keeping the interiors as easy in their experience as they are to the eye. “Looking at it you get the symbolism of the sky and its stars, all the elements of life are present in our vernacular style,” El Farouk explains. “Instead of plain squares, we are different, our architecture is very fine.” 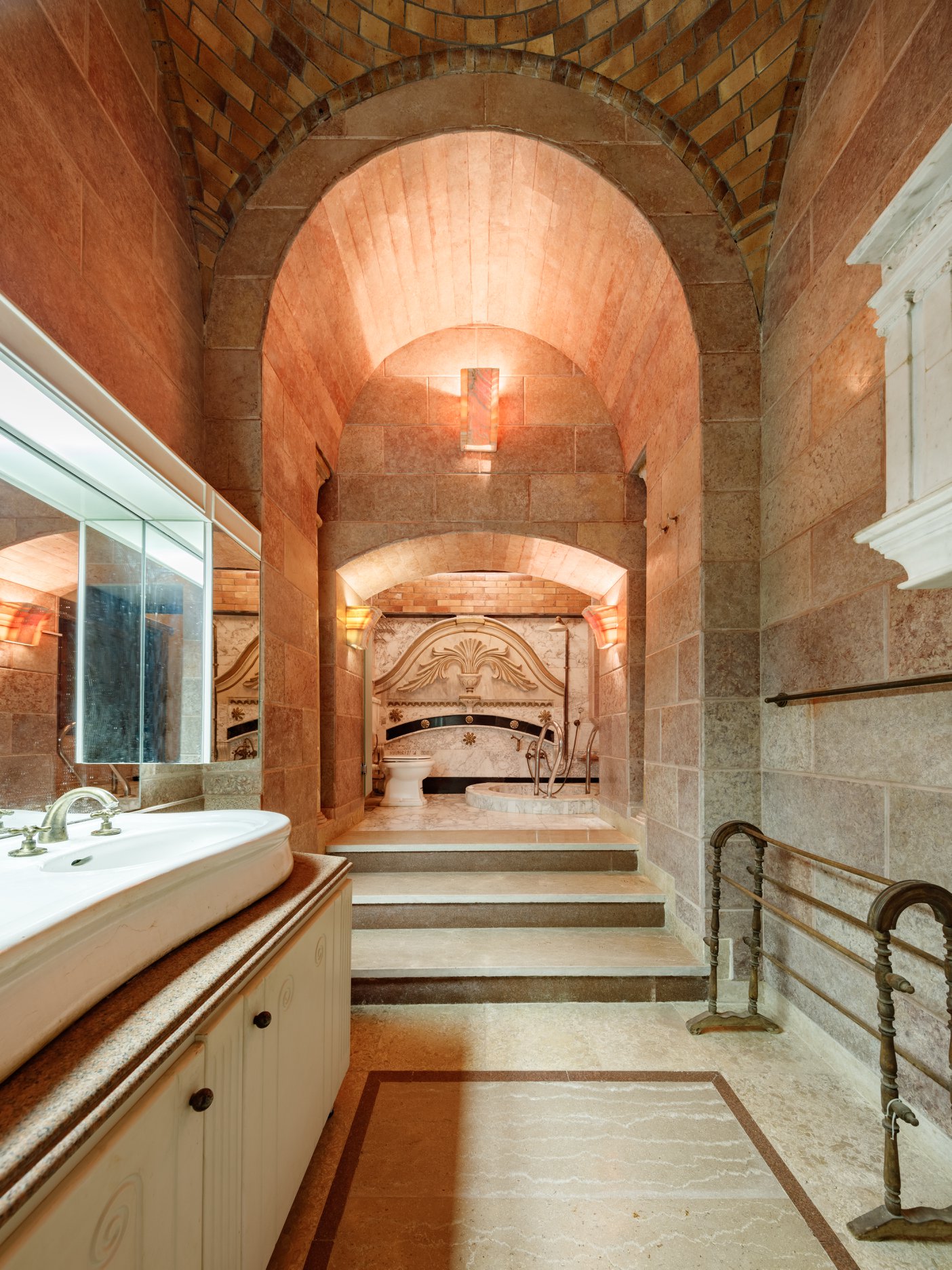 From its right proportions to the application of materials and how they were installed, there is certainly a lot to learn. “I consider it a school with all its elements and how it was constructed, which is rarely followed in modern days,” El Farouk says. Why did it take so long to build, however? El Farouk relied on just a handful of craftsmen who were capable of pulling the job off. He was adamant on using the right materials for the right result, regardless of how long it took.

Every second spent on this gem is evident, from the pairing of red bricks in a dome made of stone, to the immaculate climate considerations. The visuals on the other hand, well that is El Farouk’s architectural expression. One that is oriented around his love for volumes, and how to create them so that they are easy on the eye.