Having established itself as an upscaled culinary hotspot in Beirut and then - by close proximity - Egypt’s Waterway, the cultural landmark has taken to England’s very own, London. 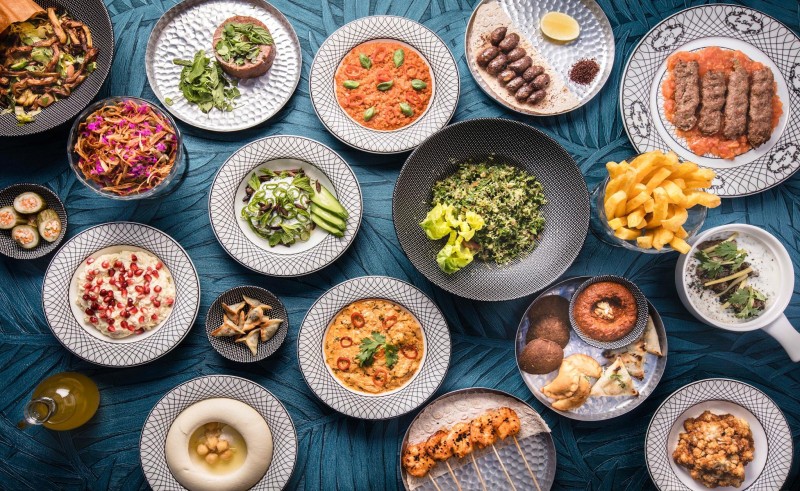 Walking through the Gucci laced halls of London’s very own affluent hub, Harrods immediately accosts us with an unwavering desire to drop our mundane facades and operate from the quirky girl mood of ‘Paris Hilton’. The label ridden halls arouse your inner heiress to come to fruition. As this daydream imposes itself in a series of restless whining; the hunger that comes from endless browsing can only truly be satiated with a garlicky bite of shawerma.

Subsequent to sifting through collections of striped blazers and increasingly questionable fashion sneakers - post calling it quits and realising that the men’s Valentino collection is actually cuter than the Barbie-esque one they released earlier this year - you’ll find yourself at the tapered edges of rose water haven, Em Sherif.

Having established itself as an upscaled culinary hotspot in Beirut and then Egypt’s Waterway, the cultural landmark has taken to England’s very own, London. Now residing on the bustling streets of Kensington and Chelsea, the Lebanese hub is a feast for the senses. Upon walking in, the aroma of char grilled meats prompts you to salivate in anticipation. Peeping through the menu allows you to see beyond the lavish interiors and succumb to the world of spinach filled pastries and pomegranate encrusted baba ganoush.

Post grazing on skewers of kofta and platefuls of fattoush, a really sexy Algerian waiter - whom we’re still disappointed to not have gotten their number - will suggest the cotton candy and ice cream dessert to which you’ll so shyly accept and then spend 20 minutes figuring out how to consume. Once you’ve surpassed the biological ability to chew any further, feel free to wash down the sugar coma with a cup full of Em Sherif’s finest tea.