Infatuated with the perfection that is the Turkish ‘kumpir’ or baked potato, Otantik set off on a mission to spread the gourmet delicacy around the world. 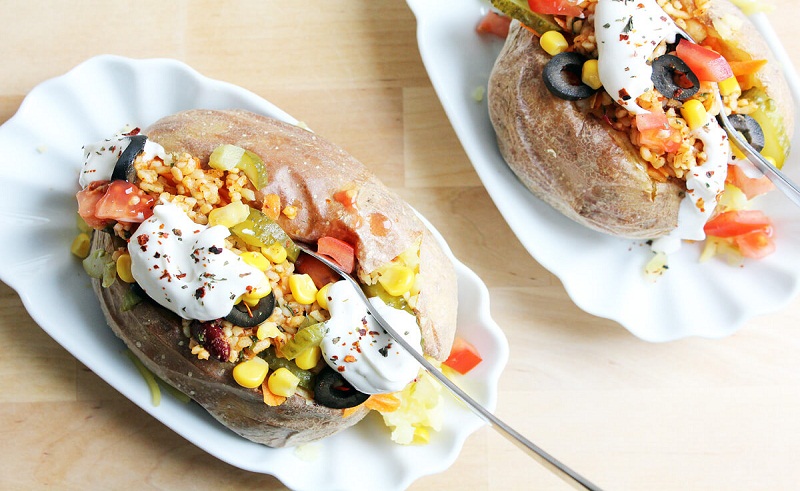 One of Turkey’s most popular food brands has landed in Egypt, bringing a world of Turkish classics to Cairo. Otantik began their foodventure in 1989 under the slogan ‘The Best Journey of Potato’.

Infatuated with the perfection that is the Turkish ‘kumpir’ or baked potato, Otantik set off on a mission to spread the gourmet delicacy around the world.

Now what makes this ‘Kumpir’ different from your standard baked potato? Let’s let the professionals explain. “The Kumpir (The Turkish street food, kumpir is a baked potato buried under a mound of your chosen toppings, like sweetcorn, peas, tuna flakes and kisir (Bulgarian salad), cheese and butter” says Otantik to SceneEats.

Otantik partnered with Egypt’s largest farms certified by Euro One quality assurance to source the healthiest and most nutritious potatoes. The Turkish brand is working to break the misconception that fast food is junk food. Their menu is full of wholesome yet tasty items that haven’t been seen before in Egypt. Their breakfast menu is brimming with all the yummy signature classics found only in Turkey. Along with their other Turkish lunch items, Otantik also serves a variety of western food like pizza, pasta, burgers and toast sandwiches.

Otantik has yet to open their doors in Egypt but they have a plan for a massive takeover, with restaurants and food trucks set to open all over the country soon. Get ready for a Turkish potato takeover.