Just as the globe celebrates World Mental Health Day, the Egyptian startup breaking the stigma on psychology through online sessions announces an investment by A15. 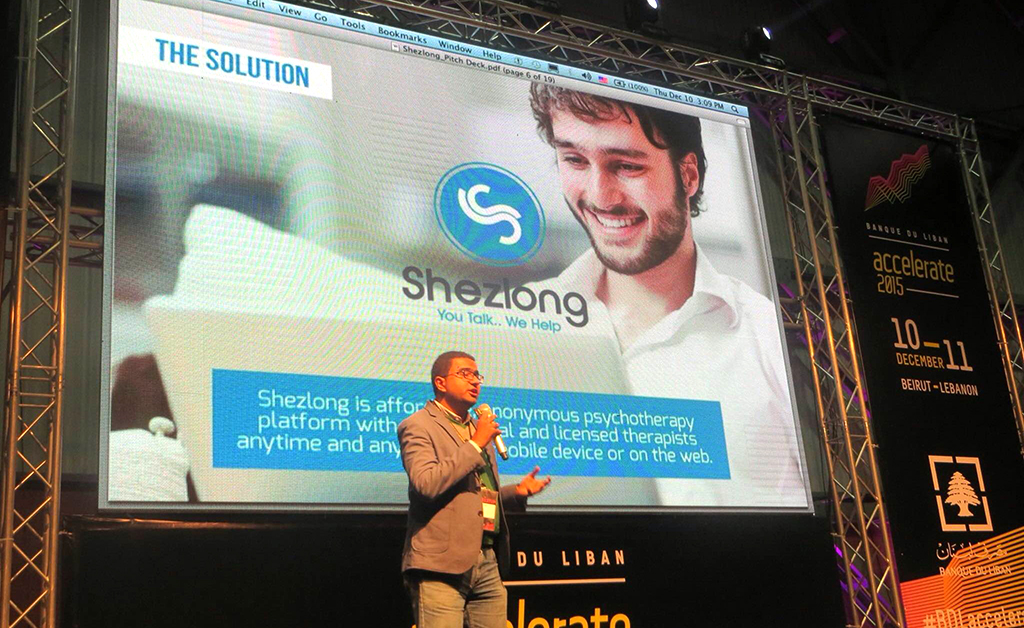 It was only last year that engineer Ahmed Abu El-Haz and psychiatrist Mohamed El Shamy partnered to create a platform to bring psychological therapy the digital world, while fighting a colossal cultural hindrance to healing those struggling with their own mind: social stigma.

In little more than a year, the duo has grown their platform to where 14,000 patients from 40 different countries, including Arab nations but also UK and Australia, seek therapy through online video sessions. Now, as they set off to expand in the Arab world, the entrepreneurial duo has just closed a $150,000 investment with A15, the tech investment group that has been setting their eyes on several promising young startups, such as Mumms and more recently Tutorama.

“We sealed the deal last week,” says Abu El-Haz, as he unveils other investors on board, such as Karim Hussein, Vice President of WebMD, as well as angel investor Endure Capital’s Tareq Fahim. “Our plan is to expand the service to the MENA region, providing a texting therapy and corporate counselling services for companies to implement it with their employees,” he says. The service would be a breakthrough, as anyone will be able to talk to the therapist via WhatsApp.

“According to the World Health Organisation (WHO), we have 65 million people who have mental disorders among Arab nations, so we want to focus on Arabs living abroad too,” says the entrepreneur, whose platform boasts 50 therapists from five countries as diverse as Egypt, Jordan, Pakistan, and Canada.

One of the darkest taboos in Egyptian society, the stigma surrounding psychology and mental treatment has long hindered treatment and recovery, in some cases risking family problems, social isolation, and even death, according to Ola Morsy, consultant psychiatrist at the American University in Cairo.  "Some patients stop taking their medication because their friends tell them not to. Some families are totally against it,” she said in an interview with CairoScene.

“We have a crisis in mental health,” says Abu El-Haz. “In Egypt, there are 6,000 psychiatrists for 23 million people who are suffering mental diseases. Pshychology is not better: there are only 8,000 licenced psychologists who can make sessions”.

A 30-year-old software engineer who specialised in digital health care, Abu El-Haz partnered with El Shamy, who had founded the psychiatry department at the Child Cancer Hospital, to launch the startup in 2015, incubated by the Egyptian government’s Technology Innovation and Entrepreneurship Center (TIEC).

Having partnered with giants such as UNDP and Microsoft - they provide them with a business park, which is a cloud service as well as technical support – the entrepreneurial duo is confident the startup will go a long way. “The statistics and our experience say that online therapy is more effective because patients can talk freely and express their problems,” he says. Factors like traffic jam to reach the therapist and other people in the waiting room who may watch frequently tend to make patients uncomfortable, “so going online is a safer option,” he explains.

Moving forward, the startup sets off to not only increase its user base but also aggressively fight the cultural shame related to treatment. “We are playing on awareness campaigns focused on the stigma of mental health. Mental disorders don´t mean that you are crazy; anyone can have anxiety or character disorders,” he says.