Omar Samra's TEDx Talk Has the Nation Crying for Days

Tackling one of life's most important questions, our favourite mountaineer extraordinaire strikes again with an emotional and inspiring TEDx video that you cannot miss. 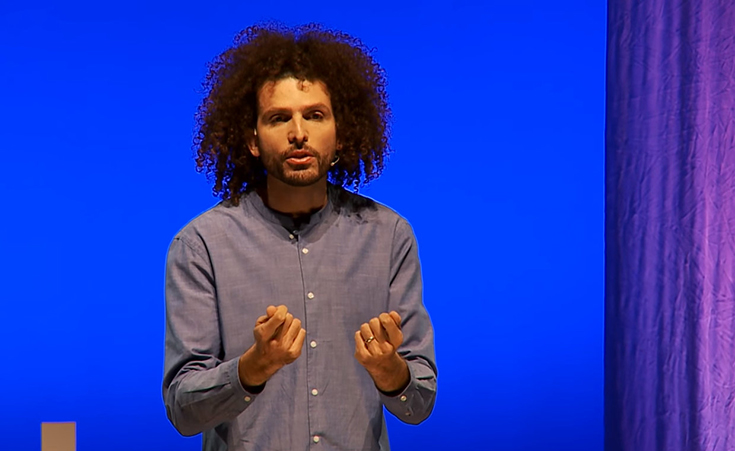 We all hold immense affection for Omar Samra, the famous climber and former AUCian who captured our hearts when Brandon Stanton’s Humans of New York featured him, as well as the story of the loss of his wife, Marwa (and by captured, we mean that we literally spent days sobbing and eating ice cream in attempts to recover). Now we've gotten one step closer to discovering his story through the TEDxBend talk he gave in Oregon. The video has struck a chord with a lot of Egyptians who, clearly finding it as inspirational and emotional as we do, have been sharing it virally across Facebook.

If you don't know who Omar Samra is, we recommend a quick trip out of your cave and into Google. A former columnist for CairoScene, he's basically an Egyptian hero and one of less than 40 people to complete the Seven Summits challenge in 2014. He also skied to both the North and South poles, is the founder of Wild Guanabana, is a motivational speaker, and a future astronaut. When we tell you that Samra is a big deal, we really mean it; he was even selected as one of the 15 Egyptians who made it on Arabian Business' 100 under 40 list.

In his extremely powerful TEDx talk, he starts off by providing us a little background about his life that was fuelled by challenges and going against the odds from a young age. Increasingly introverted in his youth, he grew up with two mentally handicapped sisters and was extremely asthmatic at the age of 11. Having succeeded at climbing his first mountain in Switzerland at the age of 16, he decided to become a mountaineer and went on to complete great climbing feats in the years to come."I realised that, through embracing this uncertainty and lack of control, lies the source of infinite power – the ability to overcome any adversity and the key to answering one of life’s most important questions: why are we here?’’ he shares in his talk.

Faced with physical hurdles and extreme conditions, Samra asserts that challenges are not an easy task in the least. However, climbing mountains and completing the Grand Slam were not the biggest challenges of his life as he lost his wife and soulmate, Marwa, only after five days she gave birth to their daughter.

"If we’re totally present – if we really work hard at something – we can influence the cards we were dealt in life,’’ Samra shares with the attentive crowd in a bid to persuade us, but also perhaps to fully come to terms with the realisation himself. His deep mourning made the challenge of skiing the two poles all the more difficult; stranded between euphoria and grief, the challenge became much more personal than physical, until realisation struck him and he slowly learned to let go.

Now, not to ruin the entire video with you, Samra shares one last hypnotising story that he picked up from a shaman in the Amazonian jungles, which does a fantastic job at explaining the power of healing. Watch the video, but make sure to have a box of tissues by your side.