'Beyond the Raging Sea' tells the story of the two prolific adventurers as they attempt to cross the Atlantic via a rowing boat. 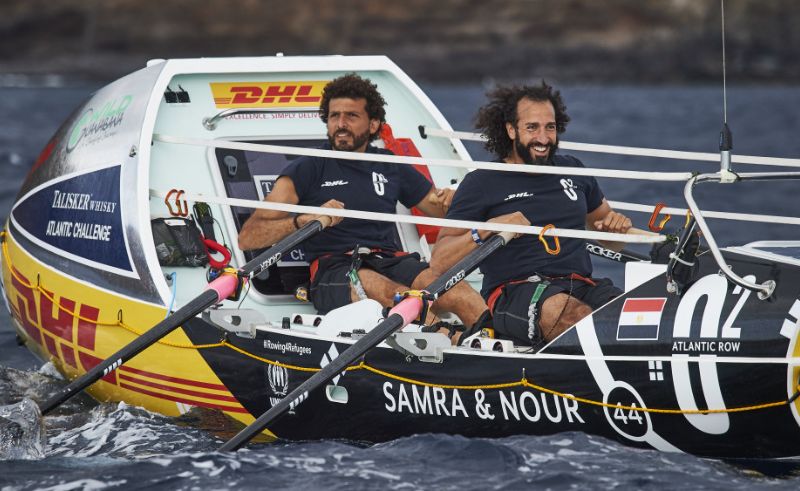 The story begins in 2017, when Egyptian adventurers Omar Samra and Omar Nour tried to row over 3,000 miles between the Canary Islands and Antigua as part of the Atlantic Challenge, one of the most dangerous rowing challenges in the world. The trip was meant to highlight the plight of refugees. Instead, their journey turned into a harrowing tale of survival when their boat was capsized by the unforgiving waters of the Atlantic Ocean. The experience has since been turned into a gripping documentary titled 'Beyond the Raging Sea', which is about to set sail for Netflix Middle East!

Created by globally renowned director Marco Antonio Orsini, 'Beyond the Raging Sea' was first shown at the third edition of El Gouna Film Festival in 2019, before arriving in select theatres in Egypt and the UAE in 2021. The documentary won acclaim across the independent film circuit, from the Berlin International Film Festival to the European Film Market - not just because of its depiction of Omar Samra and Omar Nour's fearsome fight for survival, but because it was this very struggle that so accurately struggled the refugees that the duo hoped to speak for in the first place, daring viewers across the Western world to digest the reality that refugees have faced for years.

'Beyond the Raging Sea' will be available on Netflix Middle East this Thursday on November 24th, and can currently be streamed on Shahid. A podcast about the film, titled 'Beyond the Raging Sea: State of Mind', can also be listened to on Apple Podcasts, Spotify and other podcast platforms.