The cache was found in Abusir near Cairo by a team of Egyptian and Czech Egyptologists - and it may be the biggest collection of mummification tools found yet. 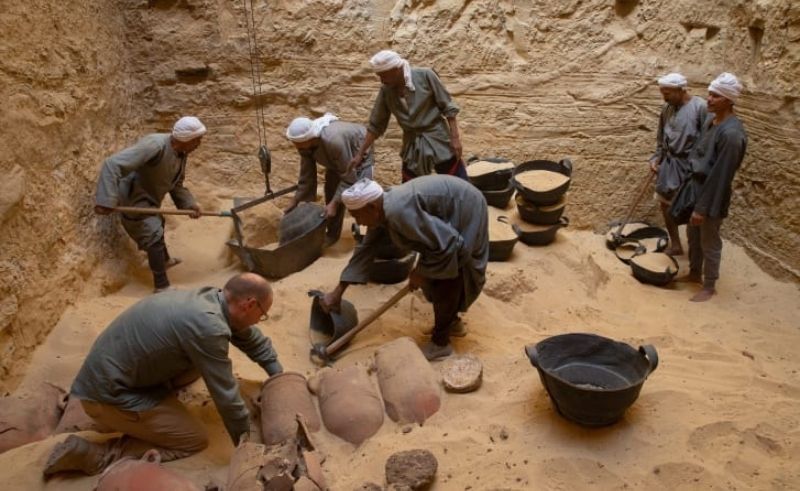 A significant cache of equipment used more than 2,500 years ago to embalm mummies has been discovered inside a shaft in the cemetery of Abusir near Cairo by a team of Egyptian and Czech Egyptologists - and it may be the biggest collection of mummification tools found yet.

The discovery includes 370 pottery storage jars and multiple smaller vessels, as well as canopic jars, which were used by Egyptians to store the embalmed viscera of the deceased and left next to their owner. The jars have inscriptions on them, indicating they belonged to one Wahibre-mery-Neith, the son of Lady Irturu.

Charles University’s Czech Institute of Egyptology - which has been exploring the necropolis site for more than three decades - also found an embalming deposit belonging to general Menekhibnekau in 2006, which contained vessels describing when and how to use oils, balsams, myrrh and textiles in the mummification process.

Now with this new discovery, the archaeologists are able to conduct further scientific analysis of their findings to excavate the site and find the tomb of Whaibre-mery-Neith, the deposit's owner.