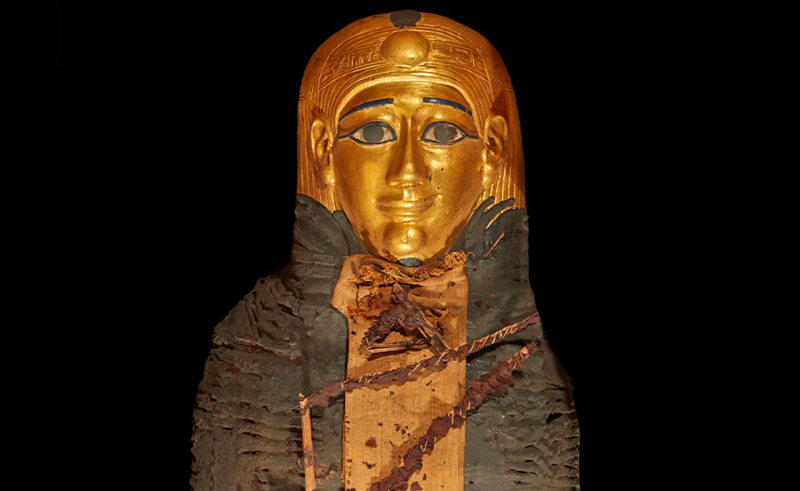 A recently published study in the scientific journal ‘Frontiers in Medicine’ sheds new light on ancient Egyptian burial rituals by digitally unwrapping a 2,300 year old mummy. Using CT scans on the remains of an ancient Egyptian teenage boy, researchers saw that he was decorated with 49 golden amulets inside the body and between the wrappings, including a golden heart scarab that had been placed near his actual heart.

According to the study, which was authored by Cairo University professor Sahar Saleem alongside Egyptian Museum researchers Sabah Abd el-Razek Seddik and Mahmoud el-Halwagy, these golden artefacts were believed to secure safe passage into the afterlife. The researchers referred to the unnamed teenage boy as ‘Golden Boy’, and determined that he had been between 14 and 15 years old at the time of death.

The mummy dates back to the Ptolemaic dynasty, between  and was initially discovered in Edfu, and had been stored in the Egyptian Museum in Tahrir since 1916.