The one and only Kevin Hart is putting on a live standup show for the first time in Egypt - here's your chance to snag some early tickets! 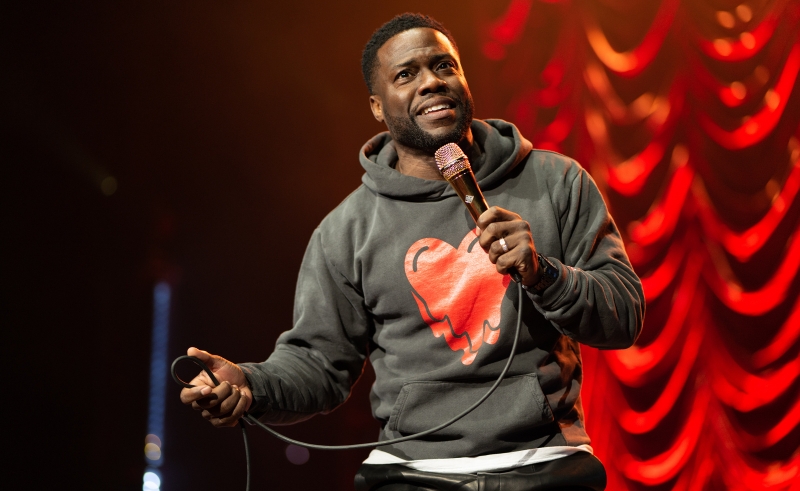 If there's one way US comedian Kevin Hart never comes up short, it's with his stand-up routine. Whether you know him from comedy classics like 'Soul Plane' or 'Scary Movie', his more recent hits like 'Jumanji' or 'Real Husbands of Hollywood', or his stand up routines that cover everything from racial issues to our most relatable mishaps, Kevin Hart is one man who is impossible to overlook (no matter how many short jokes he makes about himself - we hear you and we see you down there, man). Now, for the very first time, Kevin Hart is coming to Cairo Stadium to put on a show as part of his world tour, 'Reality Check', on February 21st, 2023!

Brought to you by R Productions, the Egyptian entertainment managers that previously brought us pop icon Faouzia and Run Up the Beat featuring Craig David, Kevin Hart's trip to Cairo is the result of their partnership with Live Nation, the biggest events and touring promoters in the world. Through R Productions' stand-up comedy platform, Make Some Noise, they're looking to bring some of the most prolific comedians around the globe to perform right here in Egypt.

General sales will be available starting Monday, December 12th, 12:00 PM on Tickets Marche. But if you follow the link and register with your name, email and phone number, you might just have a chance to get your tickets ahead of time at an Early Bird Rate!

Click here for your chance at an early ticket: https://www.ticketsmarche.com/prebooking.html?idProduct=10217&cdBusinessPartner=TM