Nestled between the winding alleys of Coptic Cairo is the 1,140-year-old (recently restored) Ben Ezra Synagogue. 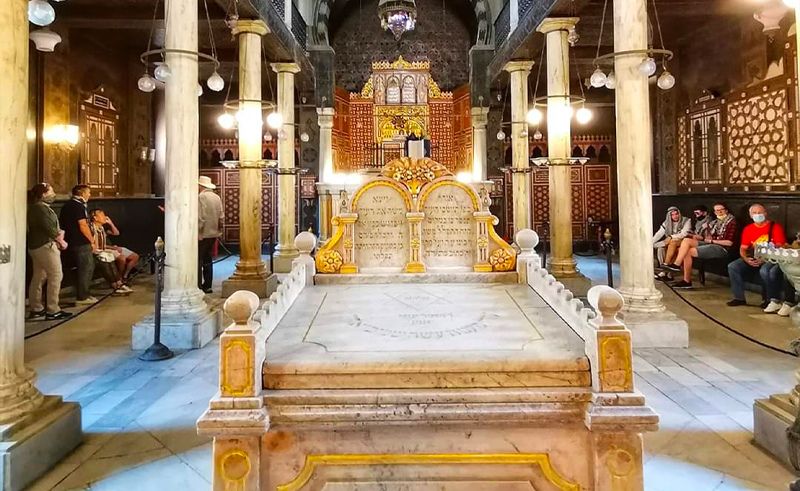 Nestled between the winding alleys of Coptic Cairo is Egypt’s oldest Jewish temple, the Ben Ezra Synagogue. Although the synagogue stood as an archaeological site for the past few decades, the Ministry of Tourism and Antiquities announced their intention to restore the temple last April, as part of the Ministry’s continuous effort to restore Egypt’s historic sites. Now, five months later, restorations are almost complete, alongside plans to once again open the synagogue to the public.

The over millennium-old building was constructed in 882 A.D and named after prominent Jewish scholar and philosopher, Abraham Ibn Ezra. For over one thousand years, this temple was a sacred place of worship and a communal safe space for celebration and mourning. However, that isn’t all that makes the Ben Ezra Synagogue as sacred or famous as it is.

In 1896, a British scholar named Solomon Schecter climbed a ladder to the synagogue’s attic and made a major discovery: the Geniza documents. ‘Genizah’ is a Hebrew term that translates to ‘hiding place’; and it’s usually used in reference to some hidden compartment inside a synagogue where all documents - birth, marriage, and death certificates - are stored. The documents Schecter found date as far back as the early 10th century, a treasure trove of vital records revealing the maintenance of social order and histories, functioning as primary sources of information and telling the stories, or at least giving timelines, for the lives of Jewish communities in Egypt for exactly one thousand years.