Cairo-born Creative Industry Summit gears up for its first Saudi edition with an incredible lineup of Egyptian & Saudi creatives. 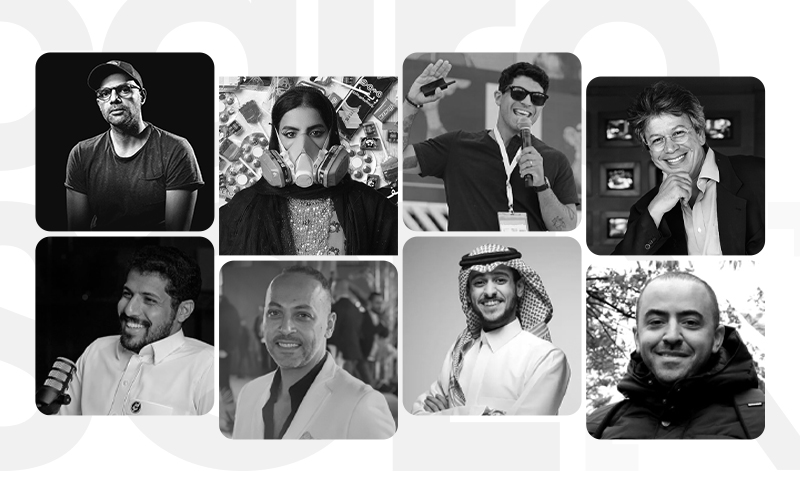 The Cairo-born Creative Industry Summit (C-S) has cemented itself as one of the Middle East’s most prominent gatherings of innovators and dreamers. Over the past 14 editions, C-S has left its mark on Egypt and is stomping its way through the rest of the region, first making waves in Saudi Arabia with an incredible lineup of speakers.

From October 30th to November 1st, C-S will take over the Riyadh International Convention & Exhibition Center in partnership with the Riyadh Chamber of Commerce and Saudi creative platform Balaconah for three days of back-to-back talks, panels, and workshops by leading Saudi and Egyptian changemakers across various fields.

“We chose our 15th edition, and our first regional one, to be in Riyadh because we were impressed by the creative industry in Saudi and how it is thriving. We've witnessed an evolution in the marketing strategies in the Saudi ecosystem, and a lot of it was incredibly creative and frankly, impressive,” Mai Salama, co-founder of Creative Industry Summit, tells Cairo Scene.

A delegation of ambitious Egyptian visionaries will have an opportunity to connect with Saudi’s most prolific creatives to make waves across the region’s creative economy.

In 1979, Tarek Nour founded Egypt’s first privately-owned advertising agency. Over the past 50 years, TNG has become one of the Middle East’s biggest advertising agencies, raising the bar for traditional marketing and communication.

Noura Binsaidan is a Saudi multidisciplinary artist and muralist, best known for her stunning murals with a core message on giant walls and building facades. Noticing a shift in the market, Binsaidan began exploring the world of digital and AI art, delving deep into the metaverse to find ways through which to adapt her talent to this new wave.

Director and co-founder of Good People Films, Ali Ali is one of the world’s top ten most-awarded directors. His debut into the world of commercial direction, ‘Never Say No to Panda’, was awarded a Gold Lions at Cannes and garnered more than 90 million views on YouTube, becoming one of the most viewed campaigns of all time. Since his debut, Ali Ali has produced and directed award-winning ad campaigns with a slew of global brands including Diesel, Heineken, Amazon and Lavazza.

AMR EL HADDAD, FILM DIRECTOR& CREATIVE DIRECTOR
One of the most distinguished film& creative directors in the region, Amr El Haddad has over 17 years of experience in the creative industry, and has worked with some of the region’s most impressive advertising agencies, including TBWA, JWT, BBDO Cairo, FP7 Dubai, and Leo Burnett Cairo. El Haddad has worked with numerous global brands, including Vodafone, Etisalat, Orange, Redbull, Coca Cola, Sony, Nissan, Opel, Nestle, KFC, Pizza Hut, and McDonalds. With several accolades from the Dubai Lynx, Mena Effies, Mena Crystals, LEA, New Work Film Fest, and the One Show Awards, it comes as no surprise that he was named one of the top five creatives in the Middle East in 2019.

Timmy Mowafi is a British-born Egyptian entrepreneur, writer, creative director, co-founder of MO4 Network, and 11 leading regional digital publications. Over the past decade, he has developed marketing strategies and content for some of the world's leading brands. Fascinated with the technologies shaping the future of the creative economy, Mowafi founded NFTY Arabia, an NFT marketplace and launchpad dedicated to empowering creatives across the region as well as NFTYScene, a digital platform focused on Web3 in 2021.

Amy Mowafi is the co-founder and CEO of the MO4 Network, one of the Middle East’s leading media companies and digital creative agencies, with a staggeringly diverse media portfolio. MO4 Network has 11 bi-lingual digital publications, namely: CairoScene, ElFasla, CairoZoom, StartupScene, SceneEats, SceneNoise, SceneTraveller, SceneHome, NFTY Scene, NFTY Arabia, and SceneNow, a content app. With over 20 years of experience in media, and over 12 in digital media specifically, Mowafi has succeeded in creating comprehensive and expansive publications and digital platforms with hundreds of millions in reach on a monthly basis.

Ayed is one of the GCC’s leading young talents, whose voice and music has garnered over half a billion views on YouTube alone since his emergence in 2015. He’s also the first Saudi artist to offer an online course for schools’ music education, in collaboration with the Ministry of Education and the Saudi Music Commission. Over the last seven years, Ayed has released over 50 songs with some of the regional music industry’s best composers and songwriters.

Amr El Kalaawy is FP7 McCann Cairo’s General Manager and has devoted 15 years of his fruitful career in media at FP7. Kalaawy has helped shape the agency into one of the region’s best and most affluent, winning awards and gaining acclaim at Cannes, D&AD, and LIA.

Abdulelah Al Ansary is a young Saudi who first went viral for his campaign ‘Tahadath Al Al Arabiya’ in 2020, calling for the reclamation of the Arabic language as the main language of communication within Arab-speaking countries. Currently, Al Ansary is the chairman of Al Sefer Group, a boutique agency with a strong focus on impactful content creation.

Ahmed Hussein is a multi-faceted and multi-award-winning graphic designer, art director, and film director. Hussein has worked on campaigns for an array of global brands including P&G, Mobinil, Heinz, Galaxy, and Always.

Kareem Abu Gamrah is the co-founder and CEO of award-winning creative agency Peace Cake. Abu Gamrah has well over a decade of experience in the marketing and advertising industry and has worked with a slew of global brands, including Netflix, PepsiCo and Durex.