According to a report put together by Reporters Without Borders, Egypt ranks 2nd in the world as being the worst country for jailed journalists. 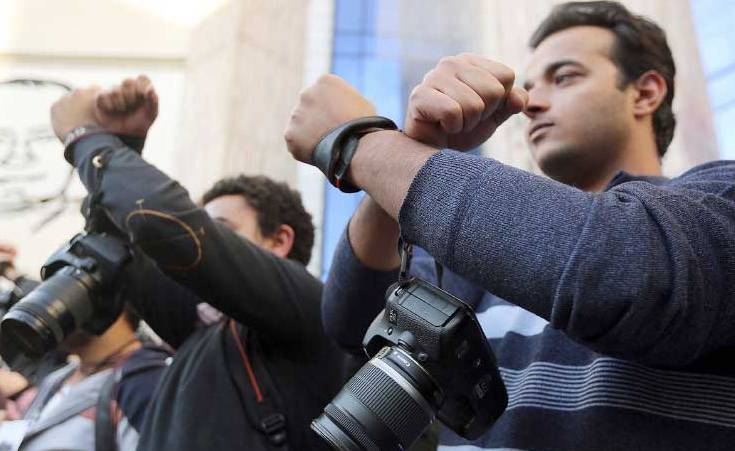 It's no secret that Egypt has a terrible reputation regarding press freedom, and providing further evidence supporting the claim is the annual report by Reporters Without Borders, which has ranked Egypt the second worst country for jailing journalists.

As it stands, Egypt’s Journalists’ Syndicate believes that the number of jailed journalists in Egypt is currently at 32, with 18 cases directly related to journalism. Talking with Ahram Online, the head of the Freedoms Committee at the Journalists’ Syndicated, Khaled El-Bashy, explains that detentions have increased by 68 per cent compared to last year. Further exasperating the issue, El-Bashy points out that the number of complaints exceeds the official number and that, in order to be counted, the Syndicate must prove that the detained person actually practices journalism.

Trying to push for change, the Syndicate has repeatedly protested journalist detentions, filling reports and requesting their release. Out of the 32 cases, the Syndicate points out that eight are in dire need of medical attention. This seems to run counter to a statement made by President Sisi who asserted in August that “no journalists in Egypt are being jailed over crimes relating to publishing.”

Although the situation seems to have gotten worse in Egypt, the report mentions that, globally, the number has decreased by 14 per cent since last year. However, the number of hostage journalists has increased by 35 per cent, with 54 cases being reported this year. Meanwhile, earning title of the absolute worst country for jailing journalist is none other than China.