We speak with the founders of ecommerce platform MaxAB following their recognition by Forbes Middle East’s Under 30 list. 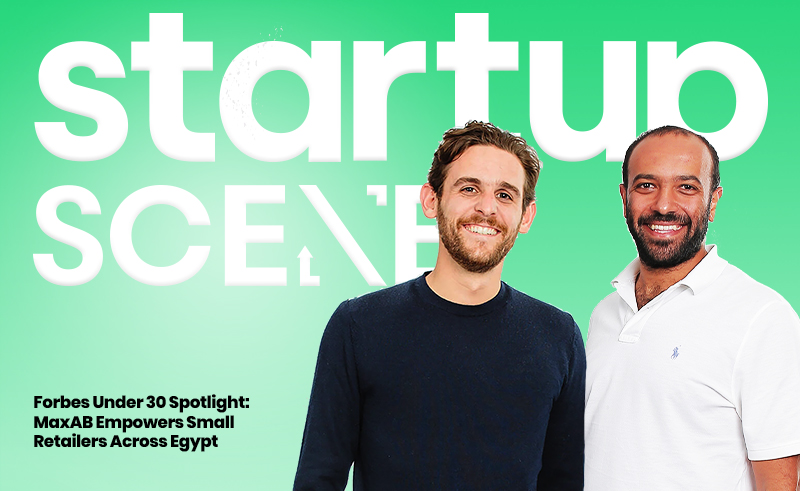 To commemorate the first time Egypt hosts the Forbes Middle East Under 30 Summit at El Gouna, we’re spotlighting some of the Under 30 listers who have made an impact across the Middle East and North Africa. Counted amongst them is Mohamed Ben Halim and Belal El-Megharbel, who have been digitising Egypt’s small, local retailers through their ecommerce platform MaxAB since 2018.

Looking to disrupt the traditional supply chain, the startup enables retailers to procure all inventory for their stores and access a wide range of financial solutions directly from the mobile app. Mohamed Ben Halim, an ex-Aramex operations manager turned entrepreneur, was first introduced to the idea of MaxAB after meeting Belal El-Megharbel in 2015, who was pitching this concept to the shipping company at the time.

“El-Megharbel and I discussed the idea after he pitched it to Aramex at the conference, but we weren’t able to go ahead with it then because we didn’t have the skillset at the time,” Ben Halim tells StartupScene. “Fast forward three years later, he joined Careem and was their GM, and at the time, I was managing the operations for Aramex. We got in contact again, and we felt we were ready to do it then.”

Today, MaxAB is one of the most funded ecommerce startups in Egypt, after raising $40 million last month, bringing its total funding to $101.2 million since its founding, according to Crunchbase. Operating in Egypt and more recently Morocco, the startup is now expanding to Saudi Arabia and extending its fintech services to retailers.

Despite the startup’s success in growing its business in such a short amount of time, MaxAB initially struggled with onboarding retailers on its platform. Since many traditional retailers are not familiar with technology or fintech solutions, some were reluctant to adopt MaxAB’s platform. Recognising this, the startup had to quickly understand their challenges and address their needs in order to grow its customer base.

“If the retailer operates a koshk [corner store], he wants to talk about beverages, because that’s his most selling product, but if he is an alaf [feed seller] he wants to talk about milk and different kinds of milk,” Ben Halim explains. “So, it depends on who we are going to and what type of onboarding strategy we’re trying to implement.”

Understanding their needs wasn’t the only challenge - the startup also needed to learn the financial health of the retailer business before encouraging them to adopt MaxAB’s solutions. To the startup’s surprise, many retailers were in fact in the red.

But it was precisely these challenges that made MaxAB attractive to retailers. It enabled them to not only tap into better supply chains at more convenient prices, but also access a wide range of financial solutions including credit and mobile wallets amongst other services.

As North Africa’s largest economy, it is estimated that Egypt has about 400,000 small retail shops, which represents about 90% of all grocery sales in the country, according to a report by Flourish Ventures. With such a large market to optimise, MaxAB grew exponentially in the last four years. It served more than 150,000 traditional retailers, and delivered over 2.5 million orders to date.  But growing and building the team was by far its most important task. Starting with only five people, the startup now has over 4,000 employees in Egypt alone, excluding Morocco.

“Finding the right team is the biggest challenge,” says Ben Halim. “I know everyone says this all the time, but honestly it’s very important to us. When it comes to MaxAB, everyone that reports to me, Belal, or Wael, our Managing Director at MaxAB, they’re all smarter than us. I think it’s very difficult for people to be ok with that. It took me quite some time to get used to it, especially coming from an operations background where I was leading people. But the team is now telling me what is right and I need to be ok with the fact that yes, they know better.”

In addition to finding skilled talent, the startup also had to make sure that the team was able to grow as fast as the company. Since the company is scaling rapidly, it needs people who are able to adapt to change and keep up with the pace of the organisation. As a result, MaxAB is currently paying special attention to creating the right work culture, in hopes of attracting and retaining the high calibre talent in order to continue growing the startup.

“The right culture is what makes or breaks us,” Ben Halim says. “Culture eats strategy for breakfast as they say. And that’s really important for us, because before we hire for calibre, we hire for culture. If he or she is not a culture fit, they’re not in.”

While revenue in Egypt’s ecommerce market is projected to reach $7.74 billion by the end of this year, according to data by Statista, the supply chain still remains heavily fragmented across the country, making it difficult for merchants to maintain inventories and become profitable. “In a very fragmented supply chain, when it comes to FMCG products specifically, the way that it’s laid down across the supply chain makes it very difficult for people to make money, specifically that it’s a very slim margin business,” explains Ben Halim.

“What MaxAB does is that it really empowers people in the rural areas of Egypt in general to run their business."

By using technology to optimise the supply chain, and establishing warehouses and fleets, MaxAB is able to facilitate procurement and manage inventory flow seamlessly. This way of operating is necessary for the startup, because according to Ben Halim, a fragmented supply chain not only impacts businesses, but can lead to scarcity of essential goods and services-a problem that the company is hoping to resolve.