Famous for its geniza - a collection of ancient manuscripts -the current iteration of the Ben Ezra Synagogue dates back to 1892, as part of a renovation effort at the time. 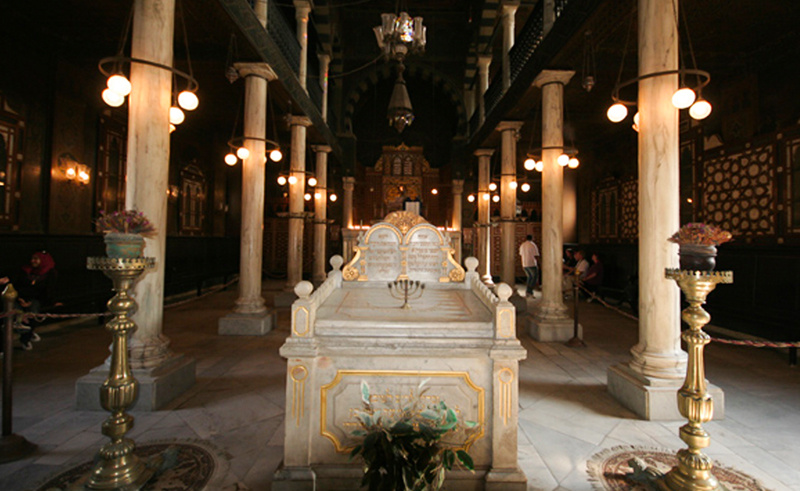 The Ben Ezra Synagogue is considered the oldest Jewish temple in Cairo, first established sometime before 882, and then torn down and rebuilt multiple times throughout the centuries. Now it's part of a restoration project by the Ministry of Tourism and Antiquities, which will help preserve the temple by cleaning the walls and decorations, and protecting its surfaces from erosion by rainwater and destruction through build-up of dirt. Much of the interiors of the temple reflect several periods of Egyptian heritage, including influences from antiquity, as well as the Byzantine and Islamic eras.

The temple had been rebuilt four times throughout the ages. After it was scrapped the first time in 1012 by Fatimid caliph Al-Hakim bi-Amr Allah, who ordered the destruction of all Christian and Jewish places of worship, it was rebuilt by the next caliph, al-Zahir li-i'zaz Din Allah, who sought to restore all those Christian and Jewish places of worship between 1025 and 1040.

In 1168, the temple was destroyed again after the entire city of Fustat was burned down by vizier Shawar, in order to prevent Fustat from falling under the control of an invading Christian Crusader army. When Saladin became the Sultan of Egypt in 1174, he ordered for Fustat to be rebuilt, which included the restoration of the synagogue.

The current iteration of the Ben Ezra Synagogue dates back to 1892, as part of a renovation effort at the time. During the renovation, the temple's geniza - an archive of Hebrew, Aramaic and Judeo-Arabic secular and sacred manuscripts - grabbed the attention of prestigious scholars from around the globe. The collection is currently divided amongst many of the world’s foremost academic libraries, with a majority of the works kept at the Cambridge University Library.