Mohamed Diab's latest feature film, Clash, which opened this year's Festival de Cannes' Un Certain Regard is getting a whole lot of love from film critics across the world. 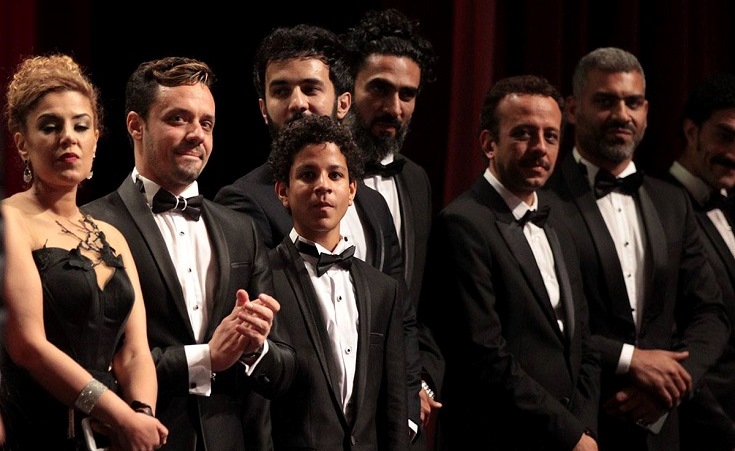 In his 2010 directorial debut Cairo 678, Mohamed Diab made it very clear that he means business – cinema to him is a means to a practical end, a lie with which he will tell the shocking truth about Egyptian society. He remains true to his cinematic ethos in his latest feature film, Clash, which opens this year’s Festival de Cannes’ Un Certain Regard section. The film is set in the back of a police van in which a number of protestors and journalists of various political beliefs are rounded up during the protests that erupted after the overthrow of Mohamed Morsi in 2013. Against this backdrop, Diab tells the story of this great nation’s struggle for freedom and democracy and the divisions that threaten their unity. Catching the attention of acclaimed publications and film critics alike, it seems that everybody has something to say about this cinematic masterpiece. This review commends the film’s “superb camerawork” and “stellar crowd direction.” Mohamed Diab has made his way into Variety’s Jay Weissenberg’s heart, who hailed Clash as a “bravura filmmaking with a kick-in-the-gut message about chaos and cruelty (with some humanity).”

Diab’s outstanding ability to recount the events that followed the overthrow of Mohamed Morsi in 2013 with minimal settings also earned him some major points; “Clash joins the handful of successful films (Lifeboat, Lebanon) conceived of in a very limited space: the police truck measured 9.5 square yards (8 square meters), and all the action takes place either inside or is viewed from the van’s openings,” writes Weissberg. In his review of Clash, Benjamin Lee of The Guardian emphasises the context against which “director Mohamed Diab has crafted an ingenious construct.” Diab’s extraordinary command of his directorial technicalities didn’t go unnoticed by Lee, who writes: “His craftsmanship is breathtaking. As the van moves on, we see ambitiously staged scenes of pandemonium taking place through the windows, yet he resists the temptation to 'go wide' and show us more.” Lee also praised the film’s sound mixing and editing; “credit also to the sound designers for ratcheting up the tension with every crash, bang or rock thrown, which helps make us more uncomfortable.” Hollywood Reporter’s Alex Ritman calls Clash one of Cannes’ hidden gems as he breaks down the events that shook Egypt in 2013. “Mohamed Diab’s Clash may not be the first film to emerge from the two bloody civil wars that shook the country to its core in 2011 and 2013. But given the three years that have passed since the Egyptian army violently overthrew the government of Mohamed Morsi, it is perhaps the first that has had time to pause and reflect, rather than being caught up in the ever-changing cycle of breaking news,” writes Ritman. The subject matter Diab so masterfully and bravely tackles in Clash is one of historic and global proportions that even Huffington Post’s E. Nina Rothe, who admits to not having seen the film yet, had something to say about it. “I usually don’t write about films I have yet to watch but with Clash, I know that I’ll end up being deeply disturbed but also perfectly illuminated by Diab’s work. I can’t remember the last time I’ve craved to watch a film this much and the reviews are only fueling that fire,” she writes. Screen Daily’s Lee Marshall takes note of Diab’s visual storytelling gift and his spot-on insights into the political turmoil. “Firstly, it’s intensely cinematic, inventively using a handheld camera in a confined space to not only to stir tension but as a mirror of a society which itself has been ‘kettled’, with no room for manoeuvre. Secondly, underlying the drama is a rather poignant lament for the unity and energy of Egyptian culture, something which comes through in a wealth of small details,” Marshall writes.