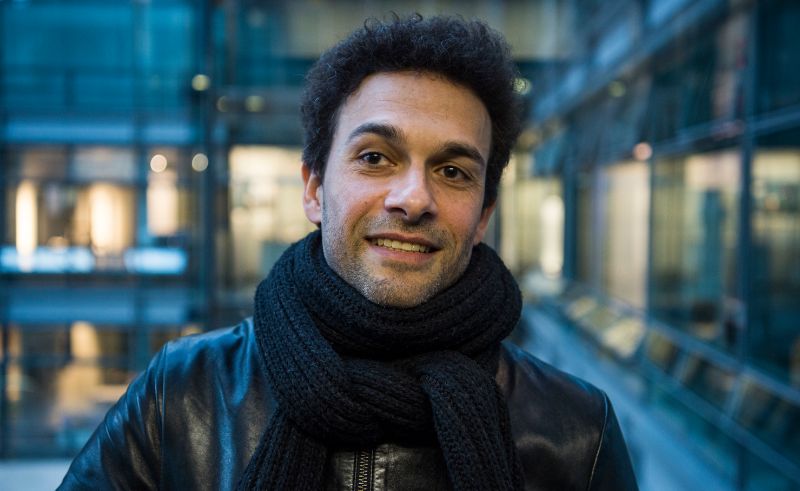 ‘Borrowing a Family Album ', a video installation by award-winning Egyptian filmmaker Tamer El Said, is set to participate in the Berlin International Film Festival as part of the 18th edition of its Forum Expanded Programme.

The programme highlights unconventional films and installations, stepping outside cinema as a commercial medium with films and artworks that offer new perspectives on the relationship between video and reality, and the blurred lines between documentary and fiction. El Said’s ‘Borrowing a Family Album’ project tackles the notion of collective remembrance and the fragility of memory. The filmmaker uses another family’s personal footage in a video installation to reclaim the memory of a lost sibling.

“I lost my sister in a car accident as a child and my parents’ way of protecting our family from the trauma was by erasing all proof of her existence, which in the long term blurred my understanding of her and of our memories,” Tamer El Said tells CairoScene. “When I came across a Greek family’s archival footage it oddly felt familiar, even though I’ve never even been to Greece. And so borrowing it for the installation and interacting with the footage while integrating sounds from my childhood felt like constructing a collective familial archive, where the audience can contribute too”.

The project will be exhibited for its world premiere as part of the Forum Expanded Programme organized by the Arsenal Institute for Film and Video Art, alongside 34 films and installations from 20 countries.

Tamer El Said won multiple awards for his debut feature film, ‘In the Last Days of the City’ (2016) which also debuted at the Berlin Film Festival and won the festival’s Caligari Film Award.