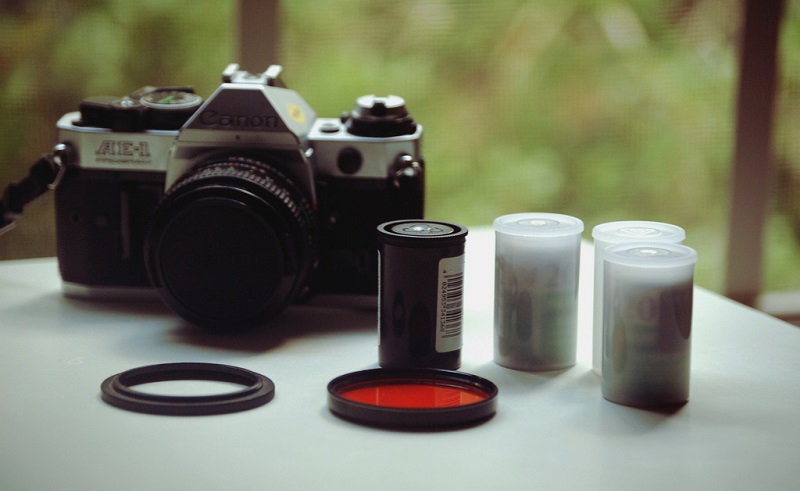 If Cairo was to tell her story of the past two decades, it would be a story of radical change, and many of us old enough to remember the nineties still can’t get to grips with how much and how rapid these changes have been. It was a transitional period, a middle child of history almost, between the end of the mechanical and analogue age, and the beginning of the high-tech and digital age. The change was so swift and sudden, some may still be feeling a profound lack of closure on mankind’s last great decade before the age of digital.

Cairo was once a city bustling with film development labs, which have now all but disappeared and surrendered entirely to digital. This has happened despite film rolls still being produced and sold by all the major film companies such as Kodak, Fujifilm, and Ilford. A sad state of affairs considering that Egypt opened the Middle East and Africa’s very first film studio in the late 19th century. Nevertheless, the analogue vs. digital debate is still raging on, and after more than 10 years in decline, analogue is experiencing a bit of a renaissance at the moment.

In 2016, vinyl sales surpassed digital download sales in the UK market, and in the same year they recorded their biggest ever sales globally in more than 25 years, becoming a billion-dollar industry for the first time this century. Last year, Kodak revealed their new Super 8 camera set to be released sometime in 2017/2018. And in the photography realm, a Dutch company founded in 2008 calling themselves the Impossible Project, have been refurbishing old Polaroid instant film cameras for use again. They miraculously bought the last Polaroid film factory in Holland along with all its machinery just before it was about to close, and are now producing their own compatible instant film. Despite their name, they have enjoyed success in reinvigorating interest in the classic format, and just last year started manufacturing and selling their own instant cameras.

While the trend is yet to reach Egypt’s shores, and is unlikely to do so, there is still at least one place where film photography enthusiasts can get their analogue fix. Established just last month by film photographers Omar Magdi, Mohammed Abdelwahab, and Mostafa Abouelsoud, who have a burning passion for the more than century-old craft, The Darkroom Cairo is one of the few labs around where you can get your film exposures developed. You can even opt to develop them yourself. And if you’ve never been in a darkroom before, they provide lessons on the entire process of film development too.

With almost 35 years of experience in film photography between them, the three partners decided to open their own studio to keep the timeless art form alive. Magdi has been shooting on film and working in darkrooms for the past 10 years, while his colleague Abouelsoud has been shooting and experimenting with film for five. The most experienced of the trio is Mohammed Abdelwahab, whose story with film goes back to 1995 when his father used to own a studio called Studio Hegazy in Maadi. He also currently works as a photographer with UNICEF and USAID.

Talking about why they decided to open for business, Magdi says “we have been working in our own private darkroom since 2014 here in our studio, and this April we felt we had enough experience, tools, and methods to get this up and running as a public non-profit darkroom for anyone to use, with competitive pricing and a high-quality service”. When asked why he is so passionate about film photography, he contended that “film is a very special medium. It is full of surprises… because everything is sort of customisable and works differently together”. The spontaneity and uncertainty of film is what is continuing to draw Magdi to the format. He continues “it’s the look, the feel. Not knowing what you’re going to get when you develop the photos. The process of going to the dark room to develop them. With film, you’re limited to a small number of photos and this actually allows you to be more creative”. When asked what he thought of digital photography, he said “digital is more suited for professionals” because of the ability to take an almost unlimited number of pictures and delete and edit at will on the spot. Omar certainly doesn’t take any ideological stance in the analogue vs. digital debate and still appreciates what the latter format has brought to the field. “I think digital has gone through many advancements that photographers couldn’t dream of just a decade ago, from cameras that shoot in near darkness to super crazy resolutions in tiny cameras. I am not against it, and I think there’s no case to be had against digital cameras or photography”. A reserved and humble stance to have indeed. “To each their own and digital has its place and it is definitely the future”, he concedes. “It made shooting easier, faster, and more convenient for clients and studios.” Just selling film rolls and developing photographs isn’t all The Darkroom Cairo is about either. Omar, Mohammed, and Mostafa also deeply care about preserving Egypt’s photographic heritage. They claim to be buying tonnes (literally) of old photographs showing all the corners of our mother country, from Aswan to Alexandria. Saving and preserving Egypt’s visual history is a duty which they stress the entire film community should do.

The trio believe their main mission is fighting to keep film alive and help it flourish alongside digital into the future. “We are thinking of something bigger for the whole film scene here in Egypt”, Magdi says. “We just need to see where things are going to take us!”

More than just a film studio, The Darkroom Cairo is a place for those who still appreciate the older technologies that force us to wait, to ponder, to reflect, to reminisce, and create memories which clearly reveal our human imperfections.

Read about all their services and products on The Darkroom Cairo’s Facebook page.